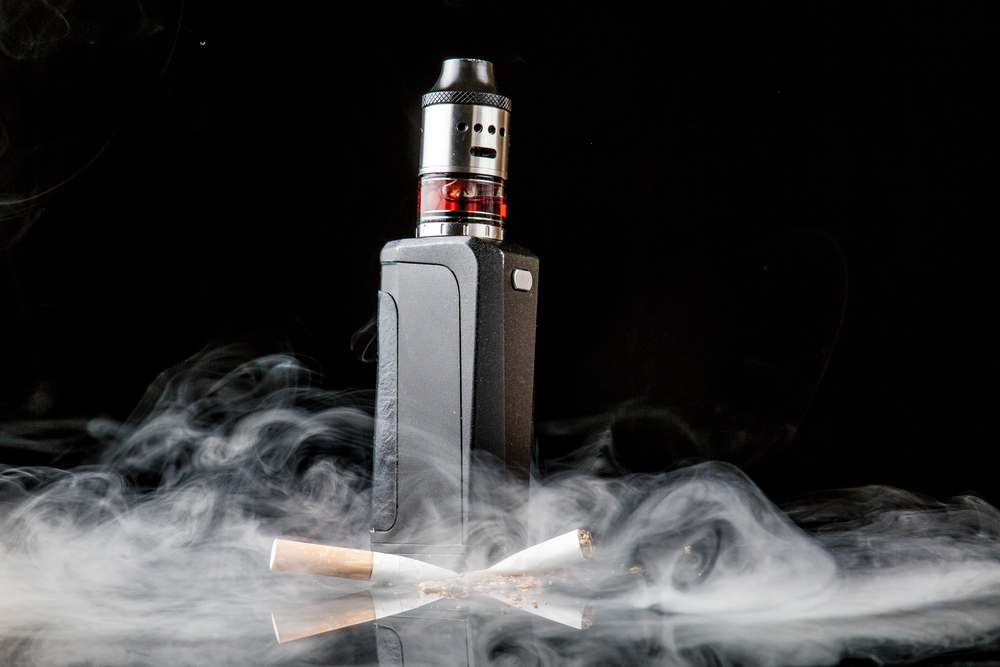 The electronic cigarette, a good tool to quit smoking

For several years, I have been suggesting to my smoking patients to turn to e-cigarettes to reduce the cardiovascular risks associated with smoking. As mentioned in another article, the vaporization of a nicotine solution by these devices generates far fewer toxic compounds than burning tobacco and therefore represents a valid alternative for people who are addicted to nicotine and want to reduce the damage caused by tobacco.

Based on my clinical experience, the success rate of this approach is excellent, with approximately 70% of patients quitting, including several people who had “tried everything” before. On the other hand, these people are not really representative of the “average smoker”, either because they are very sick and absolutely must quit to continue to live, or because a cardiovascular event has given them the scare of their lives and they want to reduce the likelihood that such an event will happen again.

A randomized clinical trial, recently published in the New England Journal of Medicine, provides a clearer view of the potential of e-cigarettes among people who wish to quit,butarenot necessarilyrequiredto do sodueto illness. The researchers contacted 2,045 individuals who had approached the free smoking support services of the British National Health Service (NHS), and randomly assigned 886 of them to two types of smoking cessation protocols, either using the e-cigarette (439 participants) or the standard nicotine substitutes (patches, chewing gums, nasal or oral sprays and lozenges, alone or in combination according to the preference of smokers) (447 participants). All participants received psychological support in the form of a personalized weekly meeting with a physician throughout the study.

The results indicate that the one-year abstinence rate is 18% for e-cigarette users, nearly double that achieved with nicotine replacement therapy (9.9%) (Figure 1). According to feedback received from participants, e-cigarettes provide greater satisfaction and reduce the urgency of smoking more effectively than nicotine replacement products, particularly during the first few weeks after stopping smoking, which explains better adherence to treatment throughout the study. This superiority of the e-cigarette is particularly noteworthy since the nicotine replacement therapy used in this study can be considered optimal, i.e., participants had access to sustained psychological support as well as a wide range of distinct products that can deliver nicotine consistently (patches) or more quickly, to alleviate acute attacks caused by lack (vaporizers). With a smoking cessation rate twice as high as that obtained by nicotine substitutes, it seems that e-cigarettes are a much more effective method of quitting smoking than these products. These results are important because even though nicotine replacement products have been used for many years for smoking cessation, the success rate of these products remains relatively low. Pharmacological treatments with varenicline (Champix) or bupropion (Zyban) can improve this success rate, but these drugs can cause very significant side effects (especially Champix), which prevents their use on a large scale. Since the e-cigarette has a higher success rate than nicotine substitutes and is similar to varenicline (about 20%), with no significant side effects, this tool could become an essential part of tobacco control.

It is therefore to be hoped that the results of this study will change the rather negative attitude of the medical community towards e-cigarettes. Despite the large body of scientific evidence showing that these products are far less harmful to health than traditional cigarettes, the majority of tobacco control organizations continue to advise against the use of this tool to quit smoking.

This reluctance is largely due to the fear that e-cigarettes will serve as a “gateway” for young people to traditional cigarettes, thereby undermining the progress made over the last 50 years in tobacco control. This concern has reached its peak this year due to the significant increase of young e-cigarette users in the United States: between 2017 and 2018, the proportion of high school students who have used an e-cigarette in the last 30 days has increased from 11.7% to 20.8%, an increase due in large part to the huge popularity of the Juul e-cigarette (see our article on this new product). On the other hand, this increase in vaping does not appear to result in an increase in traditional cigarette use, as smoking rates among young people are stable (around 8%), a much lower proportion of smokers than 25 years ago (28.3% in 1996). These data therefore suggest that very few young non-smokers will become regular smokers as a result of experimenting with an e-cigarette and therefore this product does not appear to be a gateway to smoking.

In sum, the data currently available confirm that e-cigarettes are a valuable tool in the fight against smoking. Rather than a “gateway” to tobacco, the e-cigarette could instead be an “exit door” and it is to be hoped that the U.S. FDA will not move forward with its threat to remove e-cigarettes from the market to confront the rise of vaping among young people. It would be a disproportionate response to a hypothetical problem, but with disastrous consequences for smokers who want to quit.