Per- and polyfluoroalkyl substances (PFAS) are widely used in industrial and everyday consumer products, such as cosmetics, food packaging, non-adhesive cookware and floor coverings. PFAS contain extremely stable chemical bonds between fluorine and carbon atoms (F–C bonds), hence their pun-like nickname “Forever Chemicals” (see Figure 1). PFAS should not be confused with phthalates, another class of industrial products potentially harmful to health (see our article on the subject). It should be noted that another class of “Forever Chemicals” related to PFAS, hydrofluorocarbons or HFCs, are used to replace CFCs in refrigerants since they do not affect the ozone layer, but they are now being gradually withdrawn from the market since they are still greenhouse gases. 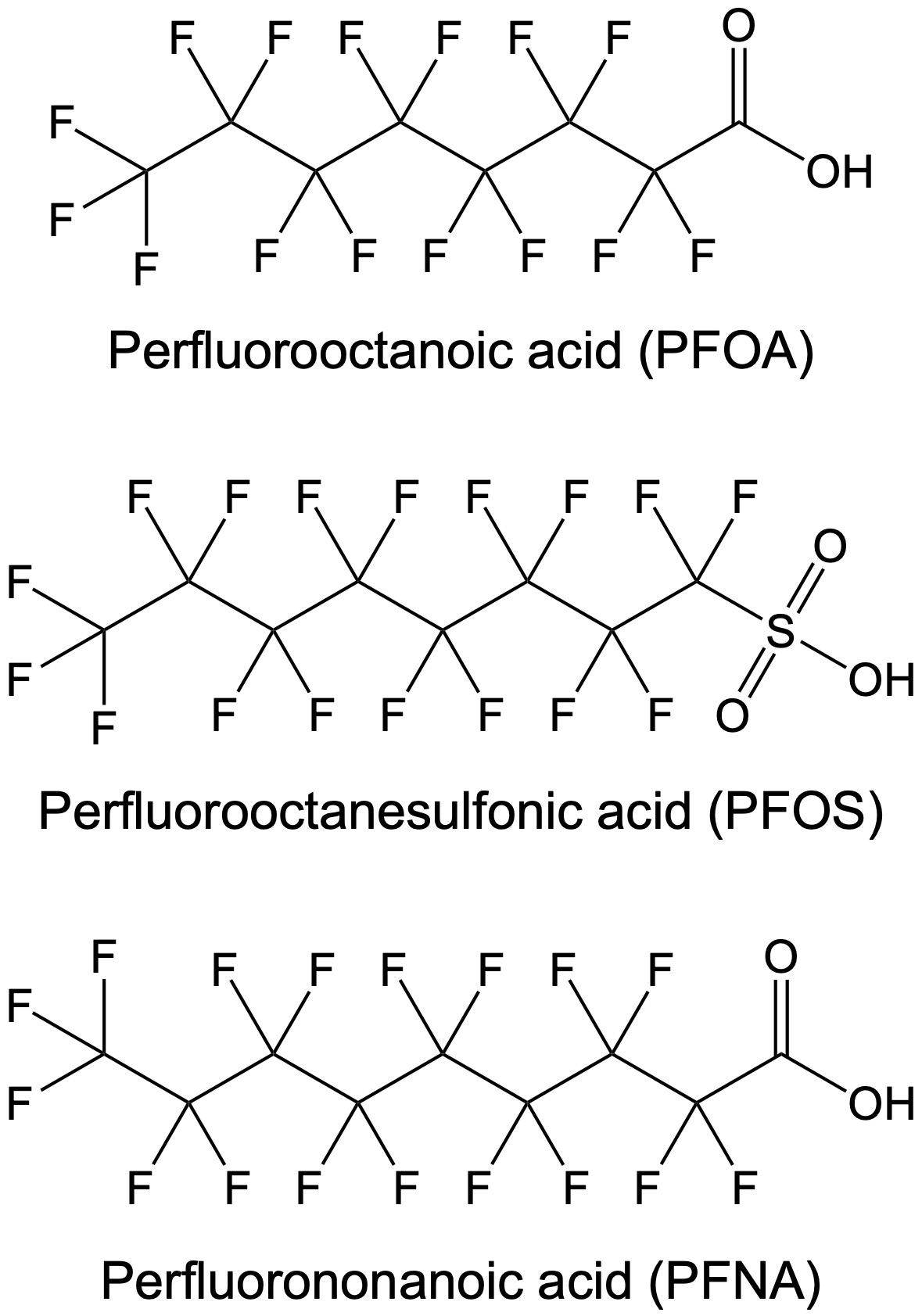 Figure 1. Structure of 3 per- and polyfluoroalkylated substances (PFAS) used in everyday consumer products.

PFAS are added to a host of products to make them resistant to heat, water, oil and corrosion. For example, the wrappers in which burgers, pizzas, salads, and other take-out food are wrapped contain PFAS, which helps prevent oil or dressing leaks. PFAS can migrate into food, especially when it contains a lot of fat and salts. In addition, the packaging is ultimately buried in landfills where there is the possibility of contaminating the soil and groundwater or, if they are incinerated, they can end up in the air. Consumer Reports tested more than 100 packaging products used in US restaurants and supermarkets and found PFAS in several products such as wrapping paper for french fries, hamburgers, disposable plates, and moulded fibre salad bowls. Further testing by Consumer Reports found that PFAS are present in tap water and bottled water in the United States. PFAS were detected in the blood of 98% of Americans tested.

During the first 60 years of PFAS production, many believed that the potential adverse effects only affected workers exposed to these products at an industrial level and not the general population. That was until in 1998 a farmer in Virginia in the United States started sounding the alarm about the effects of pollution produced by a DuPont factory on the health of his cows. Perfluorooctanoic acid (PFOA, also known as “C8”) may have affected approximately 70,000 people who got their water from the same contaminated source, according to the ensuing class action lawsuit in US courts. A committee set up to examine the dangerousness of PFOA subsequently established probable links between exposure to this product and several diseases, including thyroid disease, hypercholesterolemia, kidney and testicular cancer, pregnancy-induced hypertension, and ulcerative colitis.

Three PFAS (PFOS, PFOA and LC-PFCAs) are now banned in Canada because of the risk they pose to human health and the environment. It appears that the new PFAS that are being used today as replacements for the banned PFAS could also be harmful to human health and the environment. Therefore, the Government of Canada is considering regulating the use of all PFAS. PFAS are associated with several health problems, including preeclampsia, impaired liver enzymes, increased blood lipids, decreased response to vaccines, and low birth weight (see profile report of PFAS by the US Agency for Toxic Substances and Disease Registry).

Cosmetics
PFAS have been found in the ingredient list of several dozen cosmetic products sold in Europe and Asia, where they are added to make foundations, mascaras and liquid lipsticks more durable, waterproof and easier to spread. In a recent study, where more than 231 North American cosmetic products (including 21 from Canada) were analyzed, 52 products had a high fluorine content, indicating the presence of PFAS in high concentration. The presence of PFAS was confirmed in 29 products by mass spectrometry. Most of these cosmetic products, however, did not mention PFAS in the list of ingredients on the label. PFAS have been found particularly in products advertised as “long-lasting” or “wear-resistant”. Specifically, high levels of fluorine (from PFAS) were detected in 82% of water-resistant mascaras, 58% of other eye cosmetics (eye shadows and creams, eyeliner), 63% of foundations, and 62% of lipsticks. Among the 17 Canadian cosmetic products considered in the study, only one indicated the presence of PFAS in the list of ingredients.

Hypertension
A prospective study found an unfavourable association between blood PFAS concentration and the risk of hypertension. The data comes from the Study of Women’s Health Across the Nation-Multi-Pollutant Study (SWAN-MPS) with 1058 middle-aged, normotensive women at baseline, who were followed from 1999 to 2017. During these years, 470 women became hypertensive (systolic pressure ≥140 mmHg or diastolic pressure ≥90 mmHg). Women who had the highest concentrations of PFOS, PFOA and EtFOSAA (a precursor to PFOS) in their blood had 42%, 47% and 42% higher risks, respectively, of developing hypertension compared to those who had the lowest concentrations of these PFAS. Women who had the highest concentrations of total PFAS had a 71% higher risk of developing hypertension. No significant association was observed for the following PFAS: perfluorononanoic acid (PFNA) and perfluorohexanesulfonic acid (PFHxS).

Type 2 diabetes
The same research group that conducted the study on the association between PFAS and the risk of hypertension also evaluated the association with the incidence of type 2 diabetes. The prospective study was conducted among 1237 women in the SWAN-MPS cohort who were 45-56 years old and nondiabetic at the start of the study (1999). During the study period (18 years), 102 women became diabetic. The latter had higher blood concentrations of PFAS than the non-diabetic women. Women who had high levels of PFAS in their blood were more likely to be black, to smoke or have smoked cigarettes, to be menopausal, or to have a higher body mass index (BMI). However, the data were adjusted to take into account several confounding factors, including race/ethnicity, place of residence, level of education, smoking, alcohol consumption, total energy intake, physical activity, menopause, and BMI.

How to reduce exposure to PFAS?
PFAS have many important applications and eliminating them completely seems out of the question. The most problematic PFAS (PFOA, PFOS and LC-PFCAs) are no longer used in Canada. PFOA was used, among other things, for the manufacture of kitchen accessories with Teflon coating. The major problem with accessories containing Teflon is not that they release PFOA during use (very low level), but that their manufacture can release this “Forever Chemical” into the environment. Ceramic coatings and anodized aluminum are good alternatives. If the demand for kitchen accessories containing PFAS decreases, production will decrease and less of these substances will end up in the environment. Fast food wrapped in waterproof packaging or containers, cosmetics and body care products that contain PFAS should be avoided as much as possible, especially “water-resistant” or “wear-resistant” cosmetics. These are simple actions that can reduce exposure to these products that are potentially harmful to health.