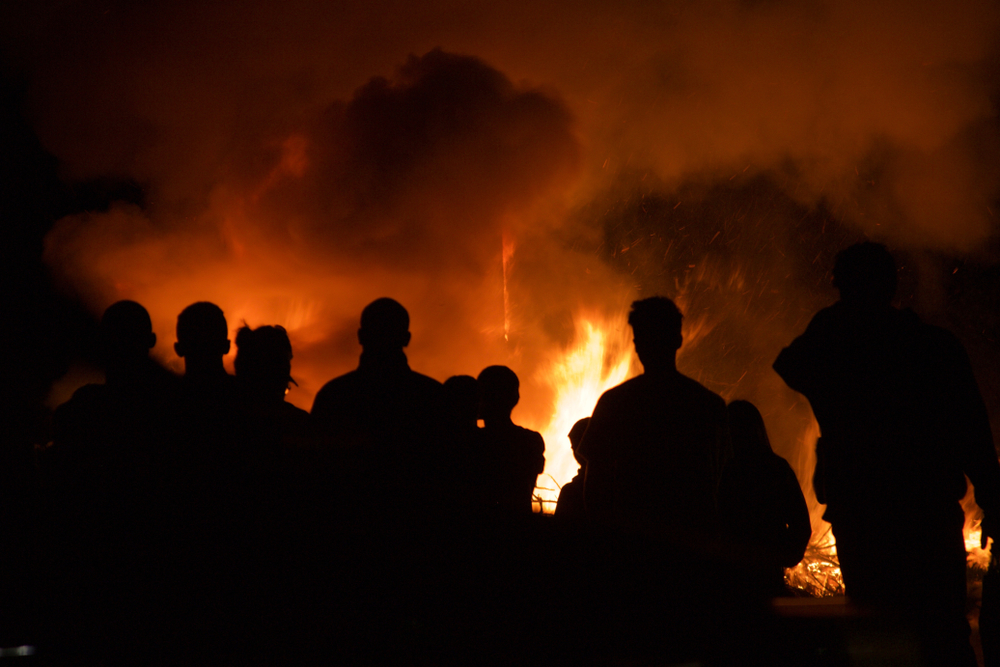 The impact of forest fires on human health

From British Columbia to the island of Evia, wildfires are increasingly part of the global landscape. The health impacts of these blazes on global health are unequivocal. Here is an overview of a natural phenomenon exacerbated by climate change.

The recent report of the IPCC, the Intergovernmental Panel on Climate Change, highlights that forest fires are likely to be more frequent and severe given the acceleration of climate change.1 Higher temperatures favour the development of lightning, which is the main natural cause of wildfires. A climate predicted to be drier and windier will promote combustion and the spread of forest fires.2 The fire season will therefore last longer. By 2039, the frequency of fires could increase over 37.8% of the planet with a rise of just 1.2 °C in global temperature. With an increase of 3.5 °C, 61.9% of the world territory will be affected by more frequent fires by 2100.3 In the most pessimistic climate scenario where greenhouse gas emissions continue to rise, this risk will affect up to 74% of the world’s land surface by the end of the century. The United States, Canada, Mediterranean countries, China and Australia will be particularly affected.4

In Canada, it is estimated that more than 8,000 fires occur each year. On average, more than 2.1 million hectares are destroyed annually, equivalent to the area of Victoria Island.5 In all the provinces, weather conditions will be increasingly conducive to wildfires. The areas burned could thus double by 2100.6

The smoke from wildfires is made up of carbon monoxide, carbon dioxide, nitrogen oxides, and other organic compounds. These vary according to several factors, such as the type of vegetation and the temperature of the fire.7 Fires also produce fine particles (diameter ≤ 2.5 μm or PM2.5) and ultrafine particles (diameter ≤ 0.1 μm or PM0.1) that can travel up to 1,000 km.2 It is mainly these particles that are harmful to the health of populations living at a distance from fire outbreaks. Fine particles produced by wildfires may also contain more oxidative and pro-inflammatory compounds than urban air pollution caused by burning fossil fuels.8 One study suggests that fine particles from wildfires may be 10 times more harmful to human health than those produced by other sources.9

Population near forest fires
Populations near fires and first responders are at risk of direct injury from burns, heat, and direct smoke inhalation. Smoke can also irritate the eyes, cause corneal abrasions, reduce visibility, and increase the risk of traffic accidents in areas near the fires.10

Respiratory health
For local or remote populations, fine and ultrafine particles enter the respiratory tract and cause inflammation to the lungs. Exposure to fine particles mainly causes respiratory symptoms, such as coughing or difficulty breathing.7

Many exposed individuals will not have any symptoms, but some are more likely to develop them. The extent of exposure to smoke and the presence of vulnerability factors may modulate the severity of the clinical presentation, as shown in Figure 1. 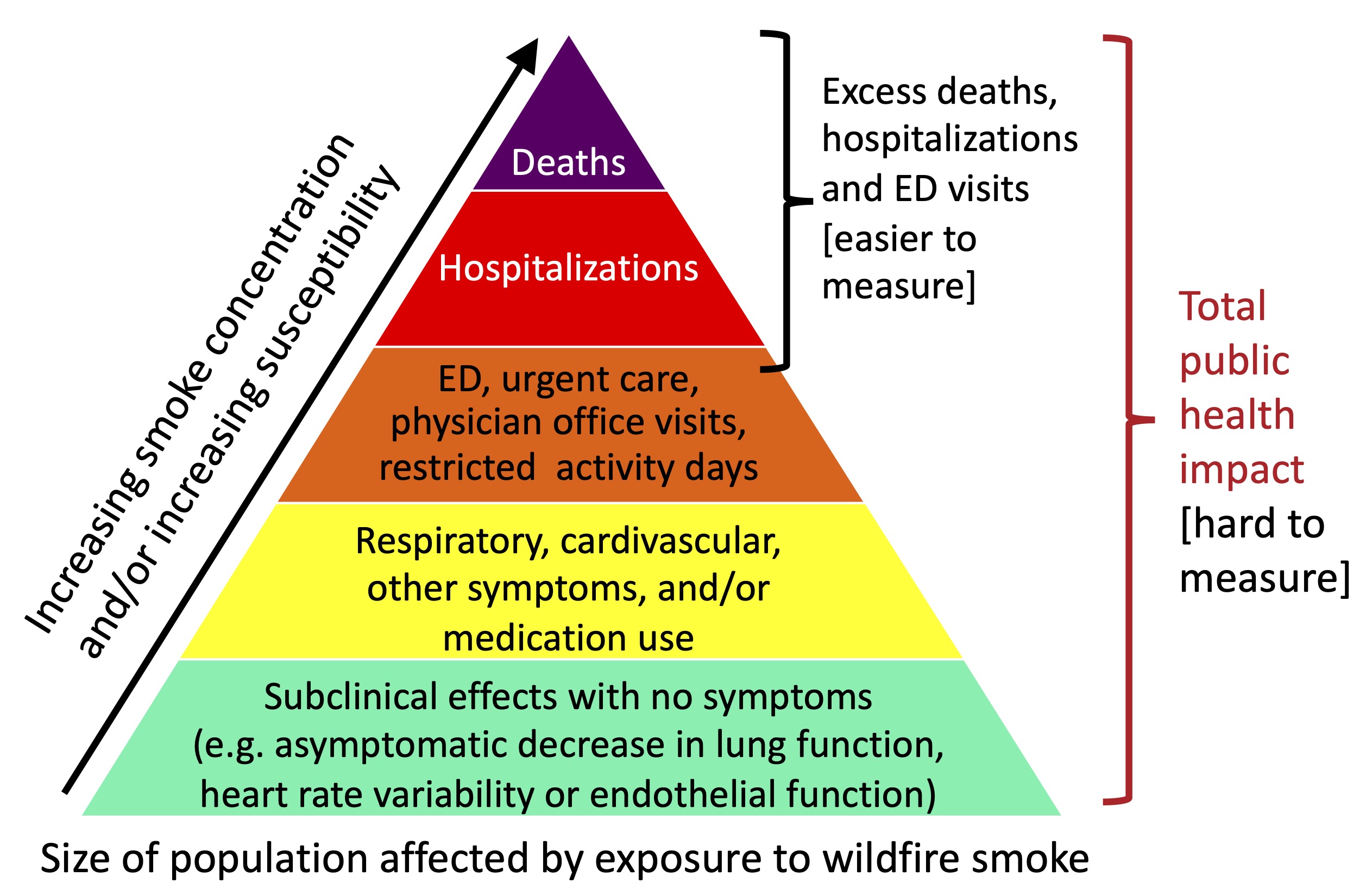 Figure 1. Clinical and subclinical impact of fine particles from wildfires. From Cascio (2018).11

Patients with asthma or chronic obstructive pulmonary disease may experience more exacerbations of their respiratory symptoms, use more medications to control them, and seek more health care services.12, 13, 14 People aged 65 and over, those working outdoors, and those residing in disadvantaged neighbourhoods are also more vulnerable to fine particles from fires.15 Children are also more susceptible to the harmful effects of smoke. A less well-developed immune system and a higher basal respiratory rate in children could explain this vulnerability.2

Among these, a study analyzing 2.5 million hospitalizations in areas 200 km from wildfires in the United States suggests that the risk of cardiovascular disease may be comparable to that of urban air pollution.17

Another study conducted on the 2015 California wildfires shows an association between exposure to smoke and increased emergency room visits related to cardiovascular diseases, such as myocardial infarction, ischemic heart disease, heart failure, hypertension, and arrhythmias. Adults 65 years of age and older were particularly affected. An association between smoke density and cerebrovascular events, such as stroke, has also been noted by researchers.18

Australian studies have also shown an association between exposure to fine particles from wildfires and the risk of cardiac arrest in the community.19, 20

Of note, short-term exposure (less than 3 hours) to smoke produced by burning wood has the potential to increase central arterial stiffness, heart rate and decrease heart rate variability. In other words, wood smoke could have harmful hemodynamic effects on the cardiovascular system.21

In short, fine particles from fires are added to those generated by global air pollution, well known to worsen the incidence of cardiovascular disease.

However, it should be noted that short-term exposure to fine particles caused by global air pollution is associated with an increased risk of mortality.23 Even short-term exposure to fine particles could increase the risk of myocardial infarction mortality.24 In other words, smoke from wildfires could be a risk factor for cardiovascular mortality, but this has yet to be clarified.

Other effects on physical health
Some studies suggest that pregnant women exposed to fine particles from forest fires may be at greater risk of giving birth prematurely or having a low birth weight baby. However, the data remain limited and should be interpreted with caution.2

In addition, one study found a marked increase in the number of influenza cases a few months after intense forest fires in the Montana region (USA). This could suggest a certain vulnerability to respiratory infections following exposure to smoke.25 The fine particles produced by fires could alter the function of macrophages, cells of the immune system, reducing the body’s ability to effectively defend itself against respiratory tract infections.26 In this sense, some researchers are currently evaluating the impact of air pollution from forest fires on the transmission and severity of COVID-19 cases.27, 28, 29

Overall, more studies are needed to better understand the medium- and long-term impact of wildfire smoke on human health.

Mental health
Wildfires can be devastating for the communities living nearby. Emergency evacuations and the loss of one’s physical and social environment are intense stressors that can have an impact on mental health, particularly in children and adolescents.30 People directly exposed to wildfires are at greater risk of major depression, post-traumatic stress disorder, and anxiety disorders.10 Access to psychological support services is therefore essential for populations strongly affected by forest fires.

Socio-economic impacts
Wildfires are also associated with greater use of medical resources. There are more medical consultations in emergency rooms, family medicine clinics and hospitalizations.31 In Canada, the annual health costs associated with fine particles from forest fires are estimated at between $410 million and $1.8 billion for short-term exposure. From $4.3 billion to $19 billion are attributable to chronic exposure.22 This adds to many societal costs, such as those associated with rebuilding infrastructure, contamination of drinking water by smoke ash, and loss of income.11

Environmental health
Although exacerbated by human pollution, wildland fires themselves contribute to climate change. Combined with the continued emission of greenhouse gases from human activities, the loss of vegetation reduces the absorption of carbon dioxide and thus contributes to the increase in the temperature of the earth. Forest fires could also contribute to the melting of permafrost and thus promote the emission of methane,2 a gas whose potential for warming the atmosphere is 25 times greater than carbon dioxide.32

What to do about forest fires?

Learn about air quality
In Canada, the Air Quality Health Index provides information about air quality across the country33 and the FireWork forecasting system helps predict the movement of smoke from forest fires.34 The Canadian government’s WeatherCAN application is also a weather forecasting tool accessible to the population.35 Local authorities are also responsible for issuing air quality warnings and health recommendations.

Reduce exposure to air pollution
Figure 2 summarizes the main measures to be taken to reduce the impact of wildfire smoke on health. In order to limit exposure to fine particles following a forest fire, recommendations may vary depending on the location. The net effectiveness of these interventions still needs to be clarified, as they are based on a limited number of small-scale studies.36 It is advisable to avoid outdoor activities, including physical exercise, when the atmospheric level of fine particles is too high.15

In order to reduce the infiltration of outdoor air into buildings, it is useful to close doors and windows if the heat is not too overwhelming inside. High levels of fine particles in the atmosphere can be associated with intense heat waves. If the temperature inside is too high, the heat can be harmful to health, especially in the elderly or those with chronic diseases. Setting the heating, ventilation and air conditioning systems to recirculation mode and limiting the use of the kitchen hood are also recommended measures to reduce air intake.37

Air purifiers with HEPA (high efficient particulate air) filters effectively reduce the level of fine particles and are recommended by the Government of Canada. However, these are not able to remove some polluting gases from the air. In addition, air purifiers can be expensive and therefore less accessible to everyone.2

As for wearing a mask, the surgical type is not recommended, since it does not protect against fine particles. N95 masks offer better protection, but they require an individual fit test, can give a false sense of security, and are not suitable for children. The use of these masks is recommended for workers exposed to smoke from fires.38 Finally, the creation of community smoke-free spaces is also a measure that can be implemented by local authorities when the level of air pollution increases.39

Figure 2. Key actions individuals can take to reduce exposure to wildfire smoke and its health risks. From Rongbin et al. (2020)2

The IPCC report highlights that even the 2° C target will be exceeded without massive and imminent interventions. Concerted government actions are therefore more than necessary to substantially reduce anthropogenic greenhouse gas emissions.

Conclusion In sum, the air pollution emitted by forest fires is associated with an increase in morbidity and mortality. Some health effects remain to be elucidated. These increasingly frequent fires reflect the impact of climate change on human health. In the short and long term, interventions and prevention measures to protect the population will be necessary in order to mitigate the social, economic and environmental consequences of these climatic upheavals.

(3) Hoegh-Guldberg OD et al. (2018). Impacts of 1.5oC Global Warming on Natural and Human Systems. In: Global Warming of 1.5°C. An IPCC Special Report on the impacts of global warming of 1.5°C above pre-industrial levels and related global greenhouse gas emission pathways, in the context of strengthening the global response to the threat of climate change, sustainable development, and efforts to eradicate poverty.