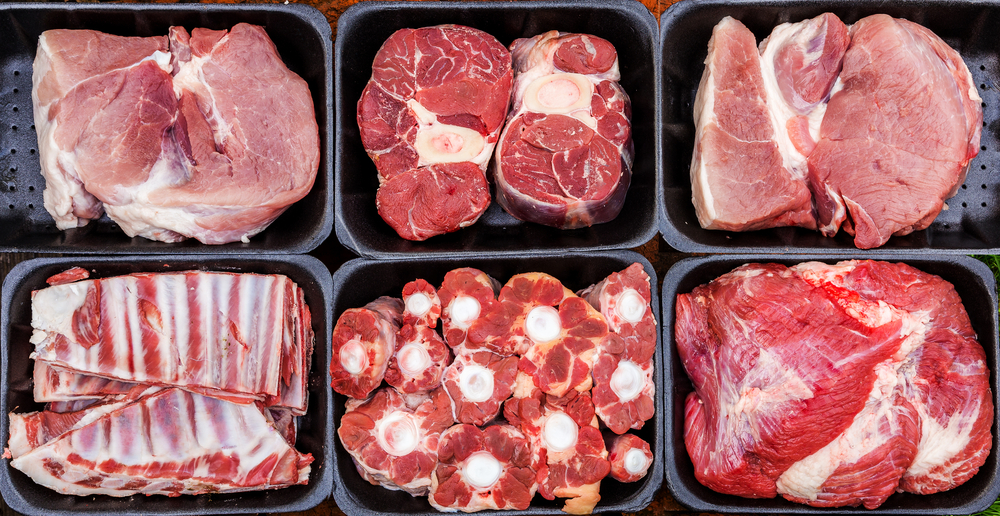 Association between red meat consumption and the risk of cardiovascular disease: An important role of L-carnitine metabolites

Trimethylamine oxide (TMAO) is a metabolite produced by the intestinal microbiome from carnitine and choline, two compounds present in large quantities in red meat such as beef and pork. High blood levels of TMAO have been associated with an increased risk of cardiovascular disease. Figure 1. Pathways of synthesis of trimethylamine oxide (TMAO) and its intermediates. The arrows in black represent the transformations carried out by the host and the arrows in red, those carried out by the intestinal microbiota. In healthy people, γ-butyrobetaine is also synthesized from the amino acid lysine, independently of the gut microbiota. The synthesis of TMAO and crotonobetaine is strongly reduced by the administration of antibiotics, thus demonstrating that the intestinal microbiota plays an essential role in their synthesis. Taken from Wang et al., 2022.

A new prospective study confirms the unfavourable association between red meat consumption and the incidence of cardiovascular disease and indicates that this association is partly attributable to TMAO and other related metabolites. Among 3931 people in a US cohort aged 65 years and older, consumption of foods of animal origin was estimated from detailed questionnaires, and blood levels of TMAO-related metabolites were measured during the course of the study with an average duration of 12.5 years. In addition, blood levels of other markers possibly associated with cardiovascular disease, such as glucose, cholesterol, triglycerides and C-reactive protein (a marker of inflammation), were also measured. The incidence of atherosclerotic cardiovascular disease or ASCVD (myocardial infarction, fatal coronary heart disease, stroke, other deaths caused by atherosclerosis) was determined at the end of the study.

Consumption of unprocessed red meat, total meat (unprocessed and processed), or foods of animal origin was associated with higher risks of ASCVD by 15%, 22%, and 18%, respectively, when comparing participants who consumed more meat products (last quintile) with those who consumed the least (first quintile). Consumption of fish, poultry and eggs was not associated with a significantly increased risk of cardiovascular disease. Processed meat considered in isolation was associated with an 11% increase in cardiovascular risk, but this increase was not statistically significant.

The researchers carried out a mediation analysis, a statistical technique used to determine whether a particular factor, in this case TMAO metabolites, influenced the incidence of atherosclerotic cardiovascular disease. According to the results of the analysis, the three metabolites generated by the intestinal microbiota from L-carnitine (TMAO, γ-butyrobetaine and crotonobetaine) were partly responsible for the unfavourable association with the consumption of unprocessed red meat, total meat, and foods of animal origin, with proportions mediating 10.6%, 7.8%, and 9.2% of the risk, respectively. The researchers estimated that for every 1.14 daily servings of meat (of any kind), the relative risk of ASCVD increases by 22%, translating into 6.32 additional events per 1000 person-years.

Mediation analysis applied to other potential risk factors indicates that blood glucose, blood insulin, and C-reactive protein levels are also related to the risk of ASCVD associated with the consumption of meat (of any kind), but that is not the case for cholesterol and blood pressure. The mediation proportions were 26.1% for blood glucose, 11.8% for insulin level, 6.6% for C-reactive protein, 0.6% for cholesterol (not significant), and 0.8% for systolic blood pressure (not significant).

It is important to note that these are associations between the consumption of red meat and the presence of TMAO metabolites and the risk of cardiovascular disease, and not a cause-and-effect relationship. Mediation analysis shows that it is probably L-carnitine and not saturated fat (which raises blood cholesterol) that is linked to the increased risk of cardiovascular disease caused by red meat consumption. These results are consistent with others published recently, which suggest that it is L-carnitine and myoglobin heme that are largely responsible for the harmful effects (incidence of cardiovascular diseases and cancers) of red meat on health, not saturated fat.