Plant or animal proteins: An impact on health

Proteins are essential macromolecules found in all living cells, in microorganisms as well as in plants and animals. Whatever their origin and function, proteins are linear chains of amino acids linked by peptide links, and whose sequence is encoded by a specific gene (DNA). Proteins have very diverse functions and are found in animal cells and organs in the form of structural proteins (e.g., collagen, keratin) and proteins with biological activity: enzymes, contractile proteins (e.g., muscle myosin), hormones (e.g., insulin, growth hormone), defence proteins (e.g., immunoglobulins, fibrinogen), transport proteins (e.g., hemoglobin, lipoproteins), etc.

From a nutritional point of view, the important parameters of dietary protein intake are quantity and quality, particularly with regard to the relative amino acid composition of proteins of plant or animal origin. Of the 20 amino acids, 8 are said to be “essential” or indispensable because they cannot be synthesized by our body and therefore must come from the diet. These are lysine, methionine, phenylalanine, tryptophan, threonine, valine, leucine and isoleucine. The proteins ingested during a meal are “cut” into peptides in the stomach, then into free amino acids during their passage in the intestine. It is these free amino acids and not the proteins that are absorbed in the intestine.

Does the origin of the protein contained in food, i.e., plant or animal, have an impact on health? This is an interesting question that is still being debated. Two questions caught our attention:

1) Does a vegetarian diet meet all the energy and amino acid needs?
2) Why are plant proteins better for health than animal proteins?

Nutritional value of plant protein
Do vegetarians eat enough protein? In developed countries, vegetable proteins from different plants are used in the form of mixtures, especially in vegetarian dishes, and the amount of protein consumed exceeds the recommended nutritional intake. According to data from the EPIC-Oxford study of 58,056 Europeans, all types of diet provide more protein than the Recommended Dietary Allowance (RDA: 0.83 g/kg of body weight/day for adults) and the Estimated Average Requirement (EAR: 0.66 g/kg/day) (see Figure 1 below). Even the vegan diet, with an average daily intake of 0.99 g of protein per kg of body weight, meets protein needs in most cases. However, experts have estimated that a small percentage of vegans may not be getting enough protein. It should be noted that children and adolescents and the elderly need more protein to support growth in the young and to compensate for loss of appetite in the elderly. 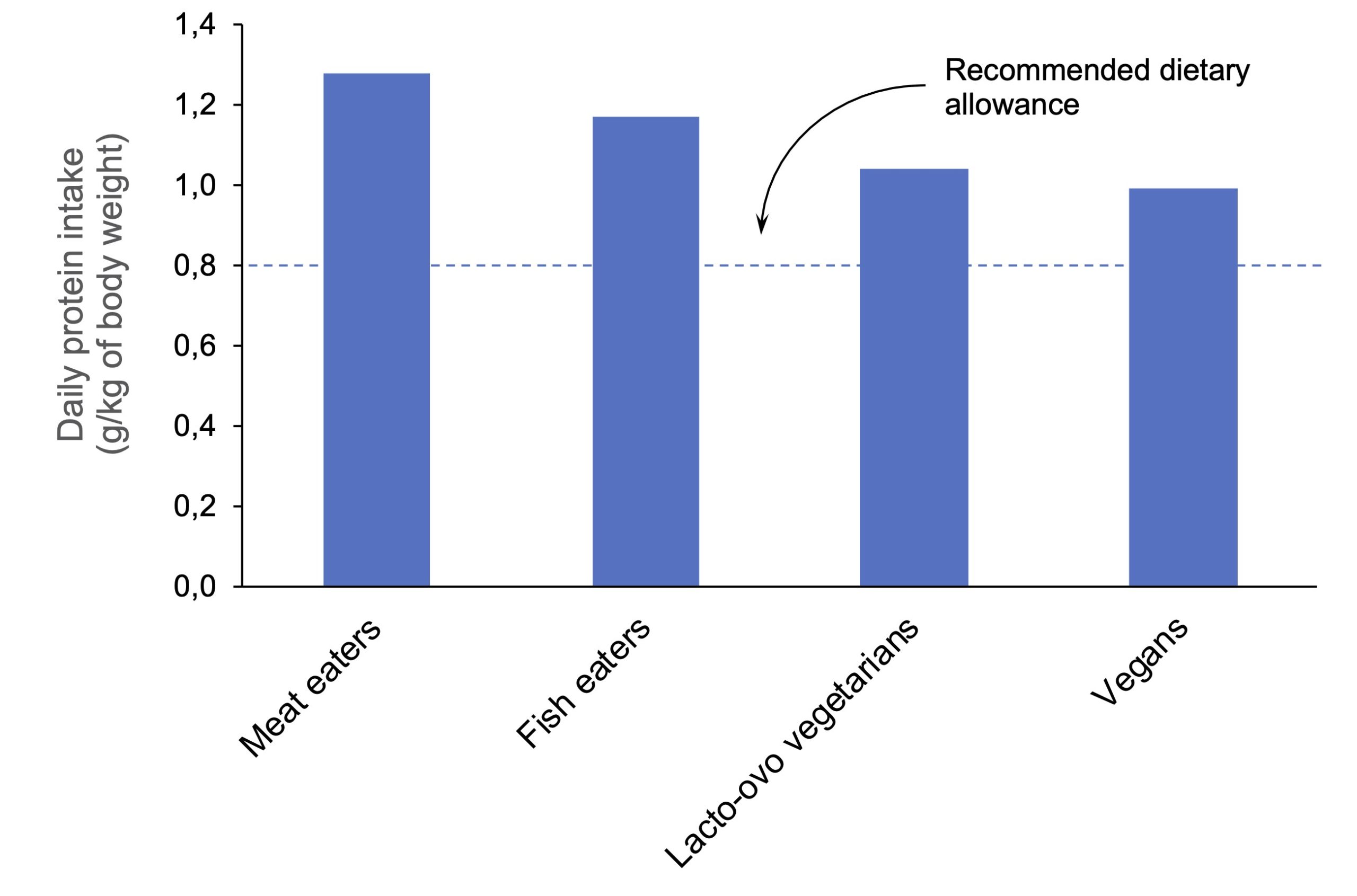 Figure 1. Daily protein intake by type of diet. According to data from the EPIC-Oxford study (Sobiecki et al., 2016.)

It is often said, incorrectly, that the vegetarian diet is deficient in amino acids (see this review article). In fact, plant proteins contain all 20 amino acids, including the 8 essential amino acids, but it is true that they generally contain less lysine and methionine than those of animal origin. However, by varying one’s diet and taking care to include legumes, nuts and whole grains (three types of protein-rich foods), it has been shown that the vegetarian diet provides ample amounts of each of the amino acids, including lysine and methionine. For example, in the EPIC-Oxford study, it was estimated that lacto-ovo vegetarians and vegans consume an average of 58 and 43 mg of lysine/kg of body weight every day, respectively, which is significantly higher than the estimated average requirement of 30 mg/kg. In rare cases, a deficiency could occur when a vegetarian person has a poor diet, consisting mainly of starchy foods (pasta, fries, pastries) or of a single food (rice or beans).

Why consume more plant protein?
Recent studies suggest an interesting avenue to explain why plant-based proteins are superior in preventing chronic diseases. Sulfur amino acids (cysteine and methionine) are present in greater quantities in animal proteins; however, the average consumption of an adult far exceeds the amount required to be healthy. Consuming these sulfur amino acids (SAAs) in excess has been associated with a higher risk of cardiometabolic diseases and certain cancers, regardless of the total amount of protein consumed.

The cohort studied was derived from the NHANES III study, conducted between 1988 and 1994 among 11,576 adult Americans. The participants’ average SAA consumption was more than 2.5 times higher than the estimated average requirement, i.e., 39.2 mg/kg/day vs. 15 mg/kg/day. Participants in the first quintile consumed an average of 20.1 mg/kg/day SAAs, while those in the last quintile consumed 62.7 mg/kg/day, or 4.2 times the estimated average requirement. Consumption of excess SAAs was associated with several individual risk factors, including blood levels of cholesterol, glucose, uric acid, urea nitrogen, insulin and glycated hemoglobin.

Several previous studies in animal models have illustrated the effect of a diet limited in SAAs to delay the aging process and inhibit the onset of ageing-related diseases and disorders (see this review article). Benefits of this type of diet on animals include increased life expectancy, reductions in body weight and adiposity, decreased insulin resistance, and positive changes in blood levels of several biomarkers such as insulin, glucose, leptin and adiponectin.

Several animal studies have reported that a diet low in methionine inhibits tumour growth. Indeed, a common feature of some cancers is that their growth and survival require an exogenous supply (from the diet) of methionine. In humans, certain types of vegetarian diets low in methionine could be a useful nutritional strategy for controlling tumour growth.

In summary, it seems beneficial for maintaining good health to reduce the consumption of animal proteins and replace them with plant-based proteins. There is no risk of a protein or essential amino acid deficiency for people who adopt a vegetarian diet, as long as they take care to vary their diet and include plants rich in protein such as whole grains (wheat, rice, rye), legumes (e.g., chickpeas, beans, lentils, soybeans, broad beans) and oilseeds (e.g., nuts, cashews, almonds, hazelnuts).