The cardiovascular benefits of soy 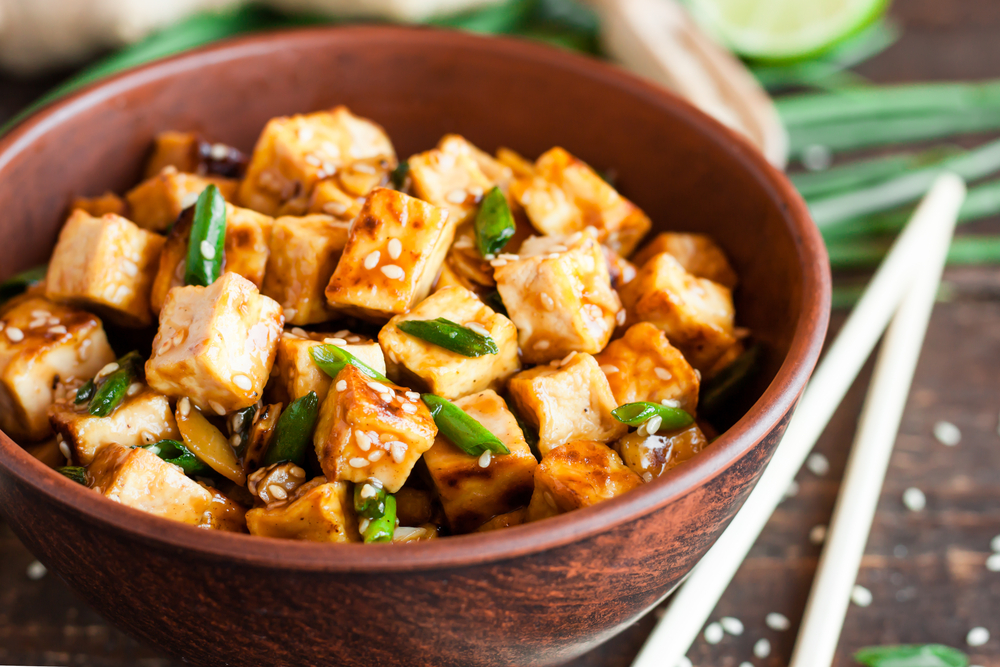 It has been known for several years that people in Asian countries have a much lower incidence of cardiovascular disease than in the West. The study of migrant populations has shown that this difference is not due to genetic factors. For example, an analysis carried out in the 1970s revealed that the Japanese who had emigrated to California had twice the incidence of coronary heart disease than that of their compatriots who remained in Japan. It should be mentioned that these Asia-America differences are also observed for several types of cancer, in particular breast cancer. Asian women (China, Japan, Korea) have one of the lowest incidences of breast cancer in the world, but this cancer can become up to 4 times more common as a result of their migration to America, and its incidence even becomes similar to that of third generation Americans. The rapid rise in cardiovascular disease or cancer following migration to the West therefore suggests that abandoning the traditional lifestyle of Asians for the one in vogue in North America greatly favours the development of these diseases.

One of the differences between the Asian and North American lifestyles that has long interested researchers is the huge gap in soy consumption. While an average of 20 to 30 g of soy protein is consumed daily in Japan and Korea, this consumption barely reaches 1 g per day in the United States (Figure 1). It is proposed that this difference could contribute to the higher incidence of cardiovascular disease in the West for two main reasons: Figure 1. Comparison of the amounts of soybeans consumed daily by people in different countries. From Pabich and Materska (2019).

Figure 2. Molecular structures of the main isoflavones. Note that equol is not present in soy products, but is rather generated by the gut microbiome following their ingestion.

The highest concentrations of isoflavones are found in the starting beans (edamame) and foods derived from fermented beans (natto, tempeh, miso), while foods from the pressing of beans (tofu, soy milk) contain slightly less (Table 1). These foods are commonly consumed by Asians and allow them to obtain isoflavone intakes varying from 8 to 50 mg per day, depending on the region, quantities clearly greater than those of the inhabitants of Europe and America (less than 1 mg per day). It should be noted, however, that soy is gradually becoming more and more popular in the West as an alternative to meat and that isoflavone intake can reach levels similar to Asians (18–21 mg per day) in certain groups of health-conscious people.

The importance of a high intake of isoflavones comes from the multiple biological properties of this class of molecules. In addition to their antioxidant and anti-inflammatory activities, common to many polyphenols, a unique feature of isoflavones is their structural resemblance to estrogens, the female sex hormones, and it is for this reason that these molecules are often referred to as phytoestrogens. This estrogenic action has so far been mainly studied in relation to the development of hormone-dependent breast cancers. Since the growth of these cancers is stimulated by estrogens, the presence of phytoestrogens creates a competition that attenuates the biological effects associated with these hormones, especially the excessive growth of breast tissue (this mode of action is comparable to that of tamoxifen, a drug prescribed for several years against breast cancer). It is also important to note that, contrary to a very widespread misconception, the consumption of soybeans should not be discouraged for women who have survived breast cancer. On the contrary, many studies conducted in recent years clearly show that regular soy consumption by these women is absolutely safe and is even associated with a significant decrease in the risk of recurrence and mortality from this disease. It should be mentioned that despite the similarity of isoflavones to estrogens, studies indicate that soy does not interfere with the effectiveness of tamoxifen or anastrozole, two drugs frequently used to treat hormone-dependent breast cancers. Consequently, for people who have been affected by breast cancer, there are only benefits to incorporating soy into their diet.

Several data suggest that the positive effect of isoflavones on health is not limited to their anticancer action, and that the combination of the antioxidant, anti-inflammatory and estrogenic activities of these molecules may also contribute to the cardiovascular benefits of soy (Table 2).

A cardioprotective effect associated with soy consumption is also suggested by the results of an epidemiological study recently published in Circulation. By examining the eating habits of 210,700 Americans (168,474 women and 42,226 men), the researchers found that people with the highest isoflavone intake (about 2 mg per day on average) had a risk of coronary heart disease decreased by 13% compared to those with minimal intake (0.15 mg per day on average). A protective effect is also observed for tofu, with an 18% reduction in the risk of coronary heart disease for people who consume it once or more per week compared to those who ate it very rarely (less than once per month). Regular consumption of soy milk (once or more per week) is also associated with a slight decrease in risk, but this decrease is not statistically significant.

These reductions may seem modest, but it should be noted that the amounts of soybeans consumed by participants in this study are relatively small, well below what is commonly measured in Japan. For example, in a Japanese study that reported a 45% decrease in the risk of myocardial infarction in women who consumed the most soy, the isoflavone intake of these people was on average around 40 mg/day, i.e. 20 times more than in the American study (2 mg/day). It is therefore likely that the reductions in the risk of coronary heart disease observed in the United States represent a minimum and could probably be greater as a result of higher soy intake.

An interesting aspect of the decreased risk of coronary heart disease associated with tofu is that it is observed as much in younger women before menopause as in postmenopausal women, but only if they are not using hormone therapy (Figure 3). According to the authors, it is possible that after menopause, the estrogenic action of isoflavones compensates for the drop in estrogen levels and may mimic the cardioprotective effect of these hormones. In the presence of synthetic hormones, on the other hand, isoflavones are “masked” by excess hormones and therefore cannot exert their beneficial effects. For younger women, it is likely that the higher expression of the estrogen receptor before menopause promotes a greater interaction with isoflavones and allows these molecules to positively influence the function of blood vessels. Taken together, these observations suggest that soy products have a positive effect on cardiovascular health and therefore represent an excellent alternative to meat as a source of protein. A recent study reports that these cardiovascular benefits can be even more pronounced following the consumption of fermented soy products such as natto, which is very rich in isoflavones, but given its texture (sticky, gooey), its strong smell (reminiscent of a well-made cheese), and its low availability in grocery stores, this food is foreign to our food culture and unlikely to be adopted by the North American population. Tofu is probably the most accessible soy-derived food given its neutral taste that allows it to be used in a wide variety of dishes, Asian-style or not. Soy milk is a less attractive alternative, not only because its consumption is not associated with a significant decrease in the risk of coronary heart disease, but also because these products often contain significant amounts of sugar.