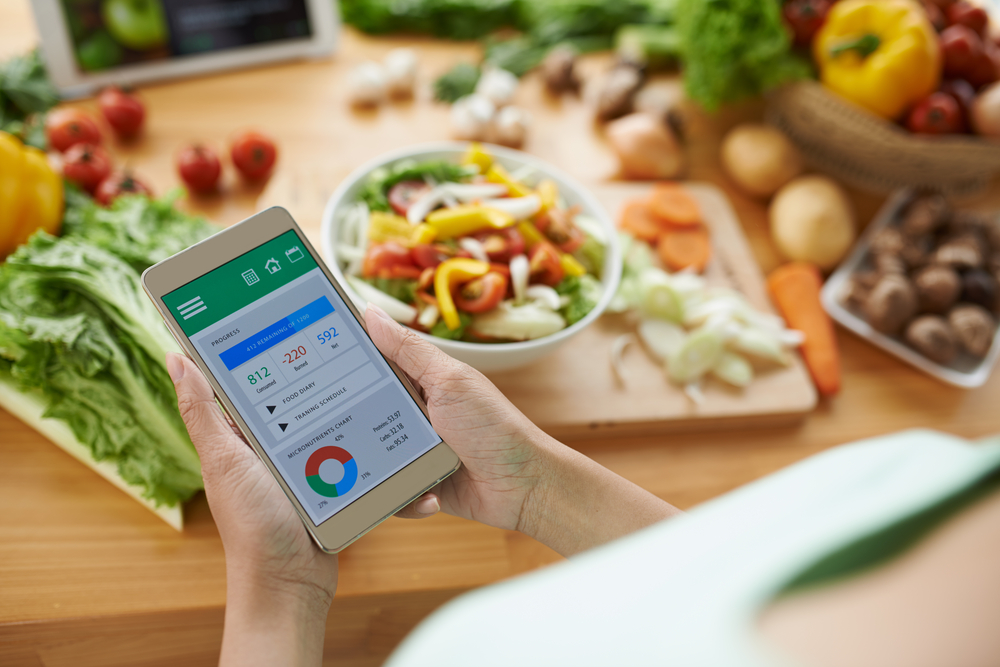 Even a small reduction in caloric intake improves cardiovascular health

A recent report found that in 2016, 60% of the population of Organisation for Economic Co-operation and Development (OECD) countries were overweight, including 25% who were obese. This is huge, and this trend will likely worsen in the coming years due to the dramatic increase in the incidence of overweight among young people: in Canada, for example, the obesity rate among children aged 5 to 19 increased from 2.7% to 12.3% between 1975 and 2016, plus another 20% of children who are considered “pre-obese” and therefore at high risk of obesity. These statistics are alarming because being overweight, and particularly obese, significantly increases the risk of type 2 diabetes, cardiovascular and respiratory diseases, and several types of cancer. According to the OECD, the current situation is likely to reduce Canadian life expectancy by 3 years by 2050 (confirming the pessimistic scenario envisaged a few years ago by some researchers), with catastrophic economic and social repercussions.

Excess calories
Contrary to popular belief, the high incidence of overweight in the population is not due to lack of exercise. This discourse comes from multinational food companies that seek to promote their high-sugar and high-fat products by suggesting that it is enough to adopt an active lifestyle to counterbalance the caloric intake provided by these products. In fact, studies indicate that it is practically impossible to “burn” the enormous amounts of calories from these processed industrial products and that one therefore cannot compensate for a poor diet simply by being physically active (“you cannot outrun a bad diet,” as the saying goes). In fact, physical activity levels have remained virtually unchanged in the last thirty years in industrialized countries, so a sedentary lifestyle alone cannot explain the phenomenal increase in population waist circumference that has occurred in recent years. Rather, it is the overconsumption of calories, especially those from ultra-processed industrial food, that is largely responsible for the current worldwide obesity epidemic. To avoid gaining extra pounds, the most important thing is to eat less.

Caloric restriction
Several studies suggest that a reduction in caloric intake is associated with several health benefits, especially at the cardiovascular level, as well as an increase in life expectancy. For example, a study of primates (rhesus macaques) showed that a low-calorie diet reduced the incidence of cardiovascular disease in these animals by about half compared to a standard diet. A similar phenomenon has been observed in humans, i.e. people who drastically reduce their caloric intake to about 1200–1900 kcal/day over a 6-year period showed a dramatic improvement in several cardiovascular risk factors (cholesterol, blood pressure, fasting glucose and insulin, inflammation) compared to those who consumed a standard North American diet (2000–3500 kcal/day).

However, this type of severe caloric restriction is very difficult to maintain over long periods of time for most people, and therefore is not really applicable at the population level. In contrast, a recent study suggests that significant improvements in cardiovascular health can also be seen following a much more modest reduction in caloric intake. In this phase 2 clinical study called CALERIE (Comprehensive Assessment of Long-term Effects of Reducing Intake of Energy), the researchers randomly separated 218 healthy and non-obese people aged 21 to 50 (BMI between 22 and 28) into two distinct control groups: in one control group, people could eat without any restrictions (ad libitum), and in the other, the objective was to reduce caloric intake by 25%. Over a two-year period, several cardiovascular risk factors were measured in both groups, including blood pressure, cholesterol levels, C-reactive protein (a marker of inflammation), insulin and metabolic syndrome (estimated by combining waist circumference, blood pressure, fasting glucose levels, and triglycerides and HDL cholesterol levels).

Participants’ follow-up shows that the objective of reducing the caloric intake by 25% in the experimental group could not be achieved, with a reduction half as small (12%), which corresponds on average to 279 fewer calories/day at the end of the first year and 216 fewer calories/day after two years. Nevertheless, although relatively modest, this reduction is associated with an average weight loss of 7.5 kg (or 10% of the initial weight) and a significant improvement in all cardiovascular parameters measured in the study (Figure 1). Conversely, the volunteers of the control group gained on average a little weight (0.1 kg) and showed no improvement in these various parameters. 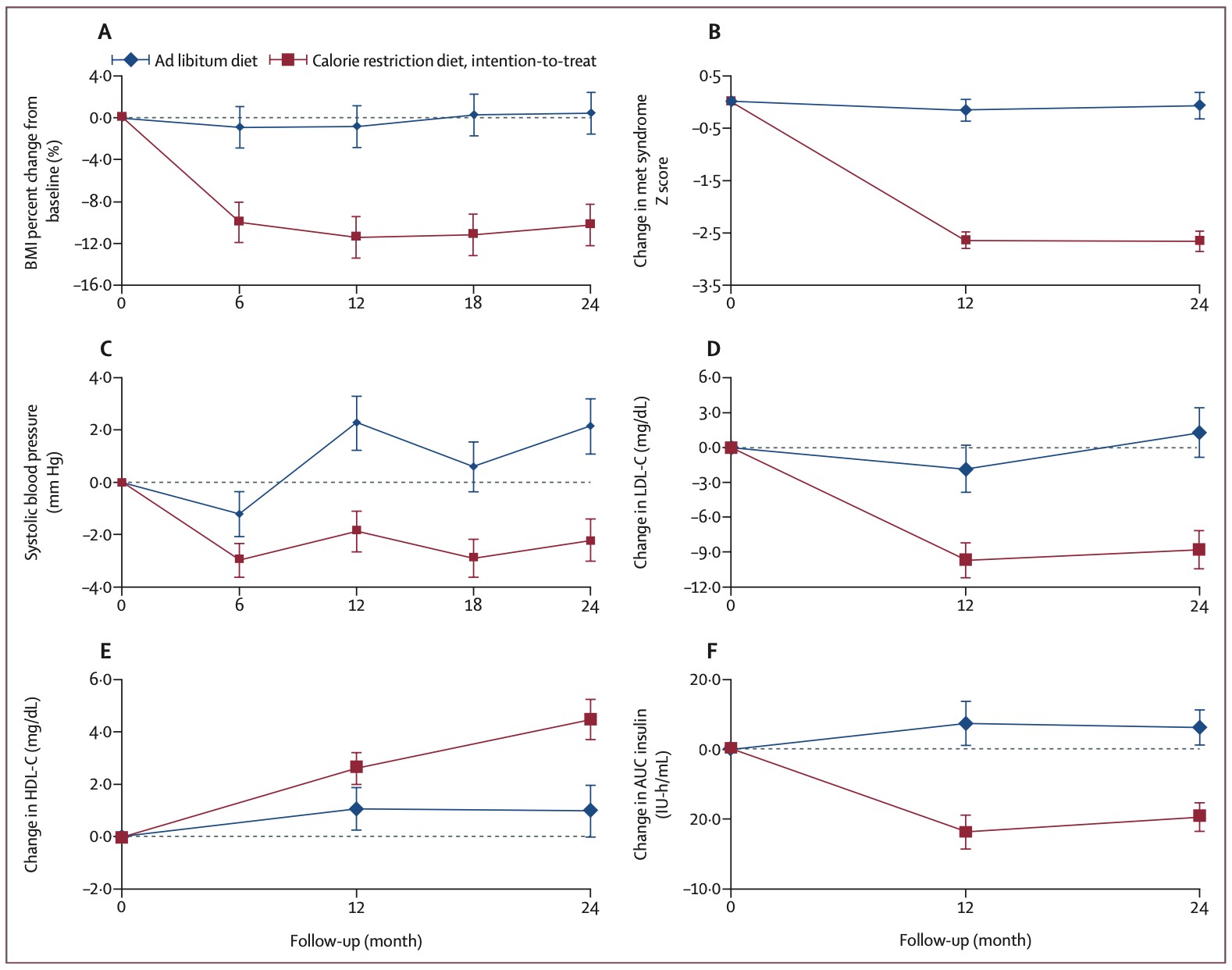 Figure 1. Improvement of several cardiovascular risk factors due to a reduction in caloric intake. From Kraus et al. (2019).

In sum, these results indicate that even in thin and healthy people, a modest reduction in caloric intake (about 300 calories per day, which corresponds to only a slice of pizza) has several positive effects on cardiovascular health. According to the authors, it is likely that these benefits will be even more pronounced in people who are at higher risk of cardiovascular disease due to being overweight. The preventive potential of caloric restriction is therefore immense: according to the OECD report cited earlier, if people in the richest countries, including Canada, reduced their caloric intake by 20%, we could prevent annually 1.1 million cases of cardiovascular disease and save up to $13 billion (USD) each year, a goal that is absolutely impossible to achieve with medication alone. 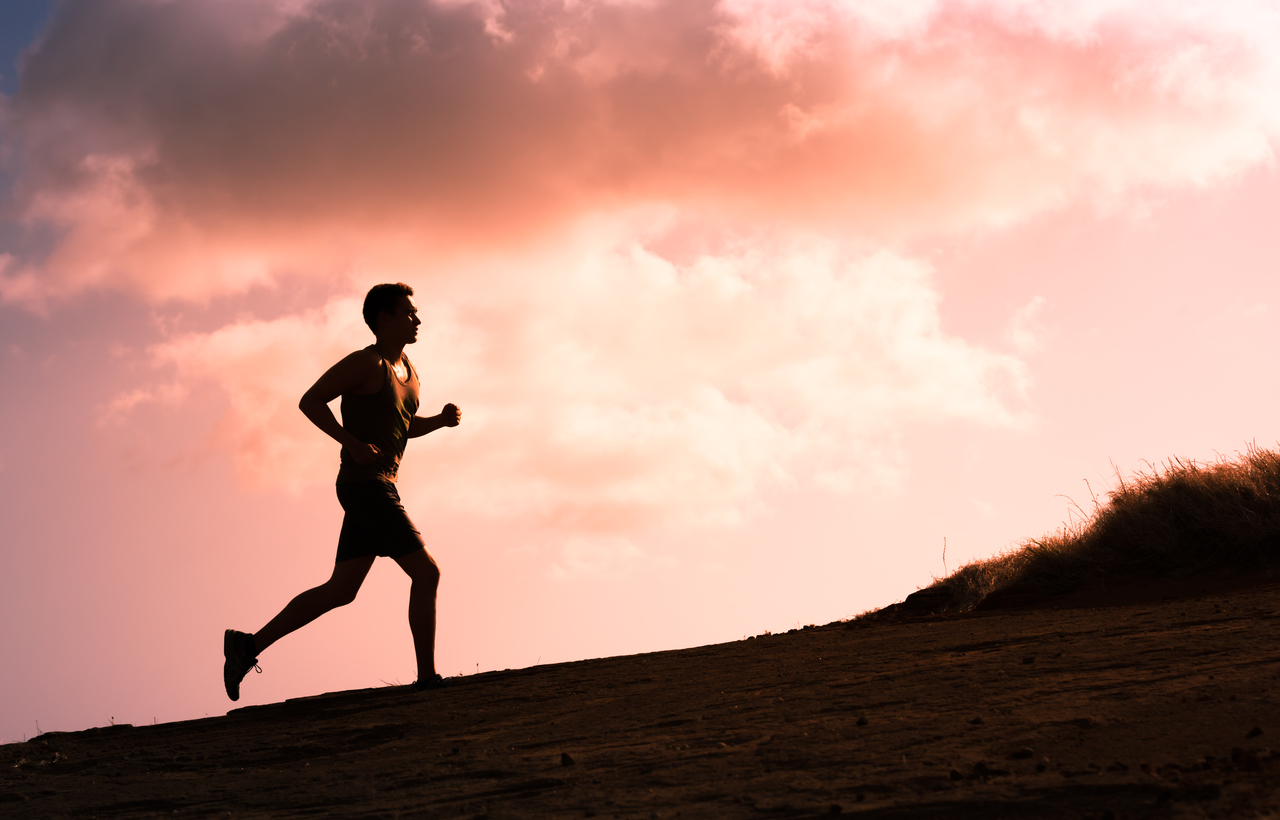 A large number of studies indicate that there is a positive association between exercise and good health, particularly good cardiovascular health. Researchers are now focusing their efforts on identifying the physiological and molecular mechanisms underlying these beneficial effects.

A study conducted among 580 young Finnish men shows that aerobic fitness (also known as cardiorespiratory capacity) is associated with levels of several metabolites that are beneficial to health. The approach used in this study is referred to as “metabolomics”, i.e. an approach that aims to identify metabolic differences, for example in the blood of people with a disease (diabetes, cancer) compared to people in good health. Most of the metabolomic studies conducted to date have focused on diseases, but this approach has also been applied recently to determine which metabolites are indicative of good health, particularly with regard to exercise.

Of the 66 metabolites selected in the Finnish study, 48 were at different levels between the group of participants who had the highest aerobic fitness and the one with the lowest aerobic fitness (see Figure 2 and Figure 3 of the original article). These differences include a 44% lower concentration of low-density lipoprotein (LDL, the “bad cholesterol”), an 81% higher concentration of high-density lipoprotein (HDL, the “good” cholesterol), a 52% lower total of triglycerides (Figure 1 below, orange bars). On the other hand, greater muscular strength of the participants was not associated with favourable levels for these same metabolites (Figure 1 below, blue bars). 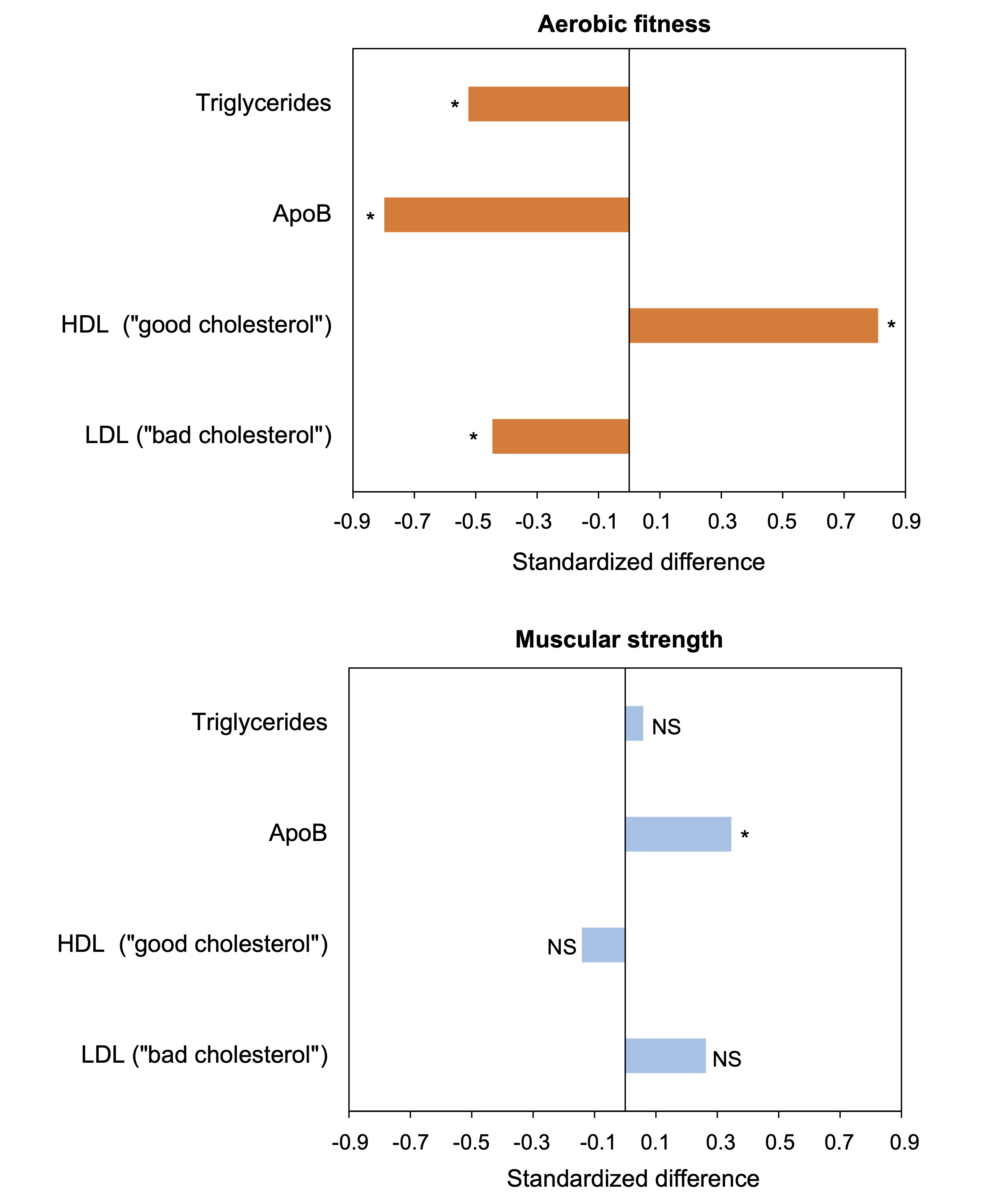 Cholesterol
The more detailed analysis (see Figure 2 in the original article) shows that all LDL and VLDL particles of different sizes (small, medium, large, very large, extremely large) are present in lower concentrations in the blood of participants who have a good aerobic capacity than in participants who have a lower aerobic capacity. On the contrary, all HDL particles (very large, large, or medium-sized), except for small ones, are present in higher concentrations in the group with the highest aerobic fitness. Large-size HDLs are particularly beneficial for good cardiovascular health.

Participants with good cardiorespiratory capacity had 80% less apolipoprotein B (ApoB) in their blood than those who were less fit. ApoB is a protein found in very low-density lipoproteins (VLDL) and low-density lipoproteins (LDL). The measurement of the ApoB makes it possible to estimate the number of particles of cholesterol, which is a good indication of the risk of developing cardiovascular disease. High blood levels of ApoB are therefore a risk marker for cardiovascular disease, independently of the level of LDL-cholesterol.

Other metabolites
Other important metabolites that are present in lower concentrations in individuals with good aerobic capacity include total fatty acids (-60%), glycerol (-64%), lactate (-34%), pyruvate (-36%), branched-chain amino acids (BCAA) isoleucine (-37%) and leucine (-55%), and amino acids phenylalanine (-54%) and tyrosine (-55%). Interestingly, theunsaturation degree of fatty acid of participants in better aerobic fitness was 59% higher than in less fit participants; asituation conducive to good cardiovascular health knowing that it is saturated fatty acids that, in excess, increase theconcentration of LDL-cholesterol and are atherogenic.

High levels of BCAA, phenylalanine and tyrosine are found in obese people and they have been associated with a 5-fold increased risk of developing type 2 diabetes in two separate cohorts. Lower levels of glycerol and ketone bodies (acetylacetate, 3-hydroxybutyrate) in individuals with a high aerobic capacity suggest an increase in fat degradation.

Several metabolites (19) remain associated with a high aerobic fitness after adjustments to account for age and percentageof body fat. After making the same adjustments, muscular strength was associated with only 8 measures of the “metabolome” and none of these associations related to cholesterol or other blood lipids.

This study found more favourable associations between aerobic fitness and certain metabolites that are risk factors for cardiovascular disease than for high muscular strength. It should not be concluded, however, that muscular endurance exercises are useless, quite the contrary. Indeed, muscle training increases aerobic fitness and is an important component of maintaining and improving the condition of people with chronic diseases and the elderly. It is therefore necessary to combine aerobic and muscular exercises to optimize the benefits for cardiovascular health and overall well-being.