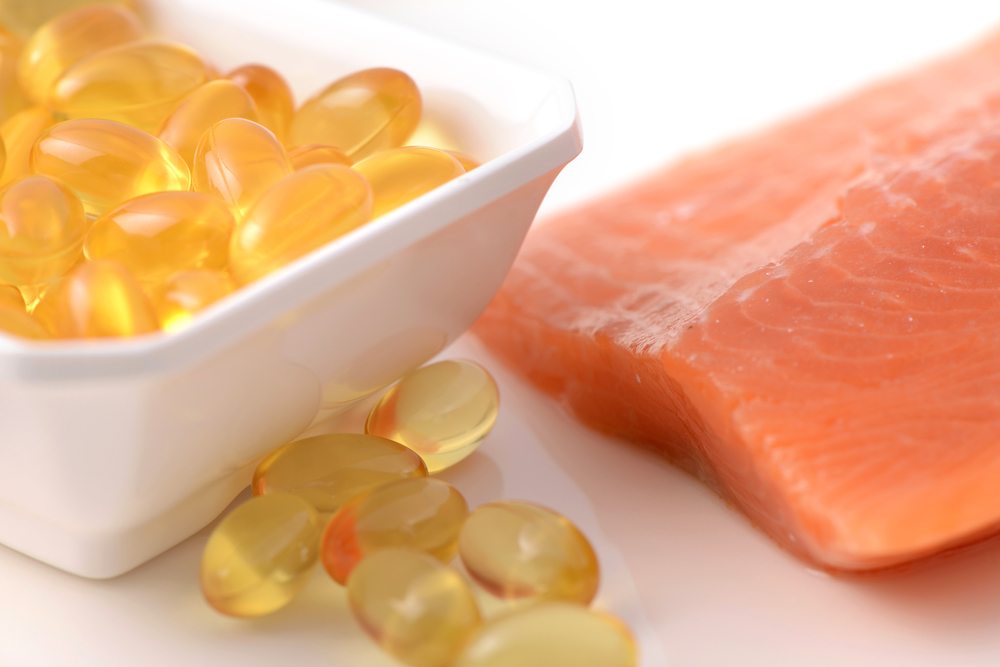 Consuming fish on a regular basis (1–2 times per week) is associated with a reduced risk of death from coronary heart disease (see these meta-analyses here and here). In addition, favourable associations between fish consumption and the risks of type 2 diabetes, stroke, dementia, Alzheimer’s disease and cognitive decline have also been identified.

A large number of studies have suggested that it is mainly omega-3 (O-3) fatty acids, a type of very long-chain polyunsaturated fatty acid found in high amounts in several fish species, that are the cause of the positive health effects of eating fish and other seafood. For example, a meta-analysis of 17 prospective studies published in 2021 indicates that the risk of dying prematurely was significantly lower (15–18%) in participants who had the most circulating O-3s, compared to those who had the least. In addition, favourable associations of the same magnitude were observed for cardiovascular and cancer-related mortality.

Since eating fish is associated with better cardiovascular health, why not isolate the “active ingredient”, i.e. the omega-3 fatty acids it contains and make supplements with them? This seemed like a great idea; the same pharmacological approach has been applied successfully to a host of plants, fungi and microorganisms, which has made it possible to create drugs. One such example is aspirin, a derivative of salicylic acid found in the bark of certain tree species, quinine extracted from the cinchona shrub (antimalarial), digitoxin extracted from purple digitalis (treatment of heart problems), paclitaxel from yew (anticancer), etc.

In order to obtain a higher level of evidence, several large, well-planned and controlled studies have been carried out recently: ASCEND, VITAL, STRENGTH and REDUCE-IT. The VITAL study (VITamin D and omegA-3 TriaL) in 25,871 participants who did not have cardiovascular disease and the ASCEND study (A Study of Cardiovascular Events in Diabetes) in 15,480 diabetic patients did not demonstrate any beneficial effects of O-3 supplements on cardiovascular health.

The results of the REDUCE-IT (REDUction of Cardiovascular Events with Icosapent ethyl-Intervention Trial) and STRENGTH (Outcomes Study to Assess STatin Residual Risk Reduction With EpaNova in HiGh CV Risk PatienTs With Hypertriglyceridemia) studies were then published. The results of these studies were eagerly anticipated since they tested the effect of O-3 supplements on major strokes at high doses (3000–4000 mg O-3/day) in patients at risk treated with a statin to lower blood cholesterol, but who had high triglyceride levels.

Several hypotheses have been proposed to explain the different results between the two large studies. One of them is that the mineral oil used as a placebo in the REDUCE-IT study may have caused adverse effects that would have led to a false positive effect of the O-3 supplement. Indeed, mineral oil is not a neutral placebo since it caused an average increase of 37% of C-reactive protein (CRP), a marker of systemic inflammation in the control group, as well as a 7.4% increase in LDL cholesterol and 6.7% in apolipoprotein B compared to the group that took Vascepa. These three biomarkers are associated with an increased risk of cardiovascular events.

Two other hypotheses could explain the difference between the two studies. It is possible that the moderately higher plasma levels of EPA obtained in the REDUCE-IT study could be the cause of the beneficial effects seen in this study, or that the DHA used in combination with EPA in the STRENGTH study may have counteracted the beneficial effects of EPA.

To test these two hypotheses, the researchers responsible for the STRENGTH study performed post-hoc analyses of the data collected during their clinical trial. Patients were classified according to their plasma EPA level after 12 months of daily supplementation with O-3. Thus, in the first tertile, patients had an average plasma EPA concentration of 30 µg/mL, those in the second tertile: 90 µg/mL, and those in the third tertile: 151 µg/mL. The mean plasma concentration of EPA in the third tertile (151 µg/mL) is comparable to that reported in the REDUCE-IT study (144 µg/mL). Analyses show that there was no association between the plasma concentration of EPA or DHA and the number of major cardiovascular events. The authors conclude that there is no benefit to taking O-3 supplements for secondary prevention, but they suggest that more studies should be done in the future to compare mineral oil and corn oil as placebos and also to compare different formulations of omega-3 fatty acids.

Overall, the results of recent studies lead to the conclusion that O-3 supplements are ineffective in preventing cardiovascular disease, in primary prevention and most likely also in secondary prevention. It should be noted that, taken in large amounts, O-3 supplements can have unwanted effects. In fact, in both the STRENGTH and REDUCE-IT studies, the incidence of atrial fibrillation was significantly higher with the use of O-3 supplements. In addition, bleeding was more common in patients who took ethyl-EPA (Vascepa®) in the REDUCE-IT study than in patients who took the placebo. It therefore seems safer to eat fish once or twice a week to maintain good health than to take ineffective and expensive supplements.