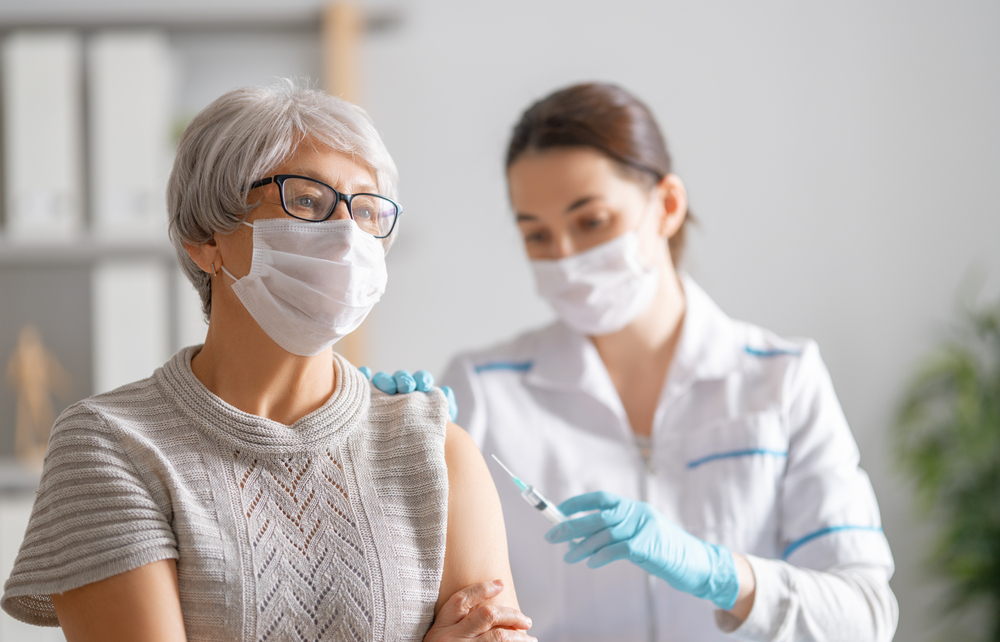 With the COVID-19 pandemic that has been raging for almost two years now, we sometimes forget that other respiratory viruses exist and can also have very negative impacts on health. This is particularly the case with influenza, one of the most common viral diseases, which affects 5 to 20% of the world’s population each year.

Infection of the airway cells with the influenza virus triggers a myriad of clinical symptoms, the most common being a “runny nose”, sore throat, fever and general discomfort. The human body generally has good resistance to the virus, and in the vast majority of cases healthy people manage to overcome the infection within a few days. However, influenza remains a dangerous disease for people whose immunity is not optimal (young children, the elderly or those affected by a chronic disease) because the virus can cause serious pulmonary complications (pneumonia, hemorrhagic bronchitis) and potentially fatal complications in these people.

In addition to its harmful effects on the lungs, several observations indicate that infection with the influenza virus can also affect the cardiovascular system. For example, it has long been known that the peak of the flu season is correlated with an increase in deaths associated with ischemic diseases such as myocardial infarction and stroke. Some studies have also reported that patients who are admitted to hospital with an acute infarction are significantly more likely to have been affected by a respiratory infection in the days or weeks before their admission. Likewise, other studies have shown that people who see a doctor for an acute respiratory infection or flu symptoms are at greater risk of having a serious cardiovascular event later on.

This link between influenza and cardiovascular disease is particularly well illustrated by the results of a Canadian study published in the New England Journal of Medicine. Researchers found that people who tested positive for any of the different respiratory viruses had a much higher risk of being hospitalized for an acute heart attack within 7 days of diagnosis. This increased risk is particularly high for influenza A and B viruses (5 and 10 times, respectively), but is also observed for infections with syncytial virus (RSV) as well as for other respiratory viruses (adenovirus, metapneumovirus, coronavirus, etc.) (Figure 1). It is therefore certain that these increases in the risk of serious cardiovascular events contribute to the mortality associated with respiratory infections, in particular that caused by influenza viruses. 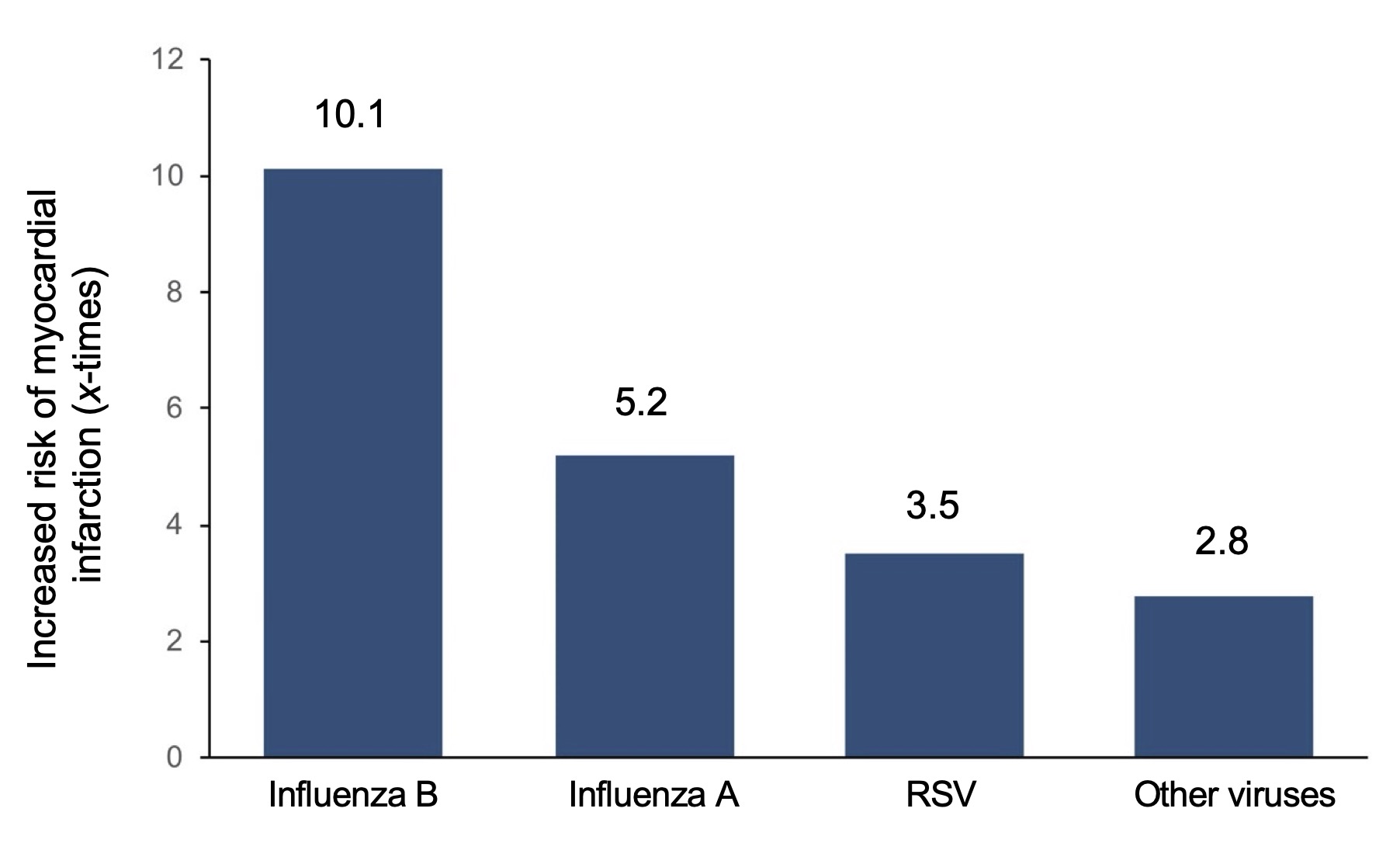 Figure 1. The impact of different respiratory viruses on the risk of myocardial infarction. From Kwong et al. (2018).

This association between lung infections and the risk of cardiovascular events may be due to the close interaction between these two organs. During gas exchange, venous blood (poor in oxygen) is propelled from the right ventricle of the heart into the pulmonary arteries, oxygenates in the pulmonary capillaries, returns to the left atrium through the pulmonary veins to be finally expelled into the circulation through the aorta. The presence of an inflammatory focus associated with the presence of a lung infection can therefore be transmitted rapidly to the whole body. This is particularly dangerous for the heart because this pro-inflammatory climate caused by the infection causes acute inflammation of the vessel walls and an increased coagulation potential, two phenomena known to promote the rupture of atherosclerotic plaques and cause the obstruction of the coronary arteries responsible for the infarction.

The impact of vaccination
Winter is the peak of the flu season because the influenza virus is highly contagious in low temperatures and low humidity levels, two characteristics of winter weather conditions. Despite imperfect protection (around 50–70% effectiveness, in the best years), vaccination remains the best way to reduce the risk of contracting influenza and at the same time reduce the sometimes severe complications of this infection.

This is especially important for people at high risk due to a history of cardiovascular disease. Several studies have shown that influenza vaccination reduces the incidence of cardiovascular events in patients with coronary heart disease, especially those who have recently had a heart attack. The FLUVACS (FLU Vaccination Acute Coronary Syndromes) randomized study showed that in patients admitted for a heart attack or for angioplasty (placement of a stent to dilate the obstructed coronary artery), vaccination reduced the risk of death from cardiovascular causes after 6 months (75% reduction) and one year (66% reduction). Likewise, the FLUCAD randomized study has shown that vaccination of patients with coronary heart disease (as visualized by angiography) halves the risk of a heart attack in the following year.

The results of a randomized, double-blind study recently published in Circulation provide a clear picture of the benefits of influenza vaccination for people who have had a myocardial infarction. In this multicenter study, patients hospitalized for a heart attack or for revascularization (placement of stents to treat severe obstruction of the coronary arteries) were divided into two groups, a control group (placebo) and a group receiving a vaccine against influenza within 72 hours of hospitalization. To judge the effectiveness of the intervention, the primary endpoint used was a combination of infarction, thrombosis, and all-cause mortality occurring within one year of patient randomization. The incidence of heart attack, cardiovascular mortality, and all-cause mortality was also analyzed separately as secondary endpoints.

As shown in Figure 2, the results of the study are quite dramatic overall. For example, the incidence of the primary endpoint (infarction, thrombosis, and all-cause mortality) was reduced by almost half in vaccinated patients (5.3% vs. 7.2% for placebo). Similar decreases were also observed for secondary endpoints such as all-cause mortality (2.9% vs. 4.9%) and cardiovascular mortality (2.7% vs. 4.5%). Only the decrease in the incidence of myocardial infarction was not significantly changed in the vaccinated patients (2.0% vs. 2.4%). Overall, the results of the study confirm that influenza vaccination of patients who have suffered a heart attack or who are at a very high risk of coronary heart attacks (revascularization) significantly reduces the risk of premature death in the year following hospitalization. These observations are in agreement with a recent meta-analysis, involving nearly 240,000 patients with cardiovascular disease, which showed that influenza vaccination was associated with a reduction in the risk of cardiovascular and all-cause mortality, but not in the incidence of myocardial infarction. Figure 2. Kaplan-Meier curves of events following the administration of the placebo (red lines) or influenza vaccine (blue lines). The cumulative incidence of events is presented for the primary outcome of the study (a combination of myocardial infarction, thrombosis, and all-cause mortality) (A) and secondary outcomes such as all-cause mortality (B), cardiovascular mortality (C), and myocardial infarction (D). From Fröbert et al. (2021).

It should also be noted that influenza vaccination also appears to be beneficial in primary prevention, as a study carried out on 80,363 people aged 65 and over showed that vaccination reduced the incidence of myocardial infarction by 25% over a period of 13 years. Whether you are healthy or have cardiovascular disease, there are only advantages to getting the influenza vaccine.