Beyond Burger, Impossible Burger and other products that mimic meat: are they good for health and the environment? 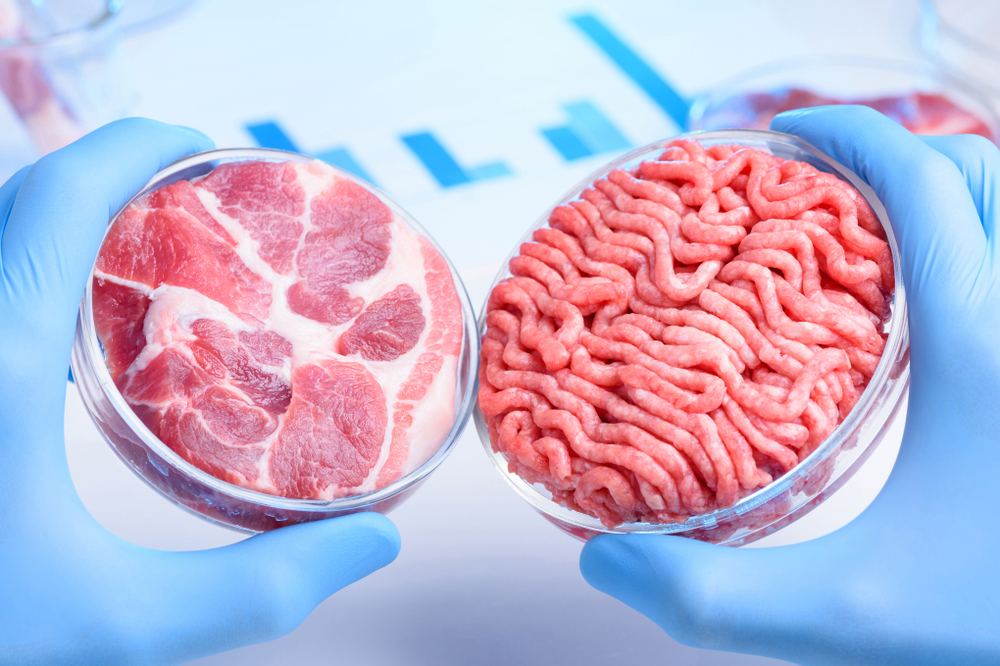 Red meat: An issue for human health and the health of the planet.
Consumption of red meat and processed meat is associated with an increase in all-cause mortality and mortality from cardiovascular diseases, diabetes, respiratory diseases, liver and kidney diseases, and certain cancers. On the contrary, consumption of white meat and fish has been associated with a decreased risk of premature death. Another troubling aspect with the production of red meat is that it is harmful to the global environment.

In traditional European agricultural societies, meat was consumed once or less than once a week, and annual meat consumption rarely exceeded 5 to 10 kg per person. In some rich countries (U.S.A., Australia, New Zealand), meat consumption now stands at 110–120 kg per person per year, > 10 times more than in traditional agricultural societies. Livestock farming occupies more than 30% of the world’s land area, and more than 33% of arable land is used to produce livestock feed. World consumption of red meat is rising sharply, especially in developing countries. This has adverse consequences for the environment and represents an unsustainable situation according to several experts.

The main harmful effects to our planet caused by meat production (Potter, BMJ 2017)

Other potential negative effects associated with red meat include accelerated sexual development, caused either by the consumption of meat and fat, or by the intake of growth hormones naturally present in meat or added to livestock feed; more extensive antibiotic resistance caused by their use to promote animal growth; a reduction in the food available for human consumption (for example, 97% of the world’s soybeans are used to feed livestock); and higher risks of infections (such as bovine spongiform encephalopathy or “mad cow disease”) due to faulty practices in intensive farming.

Experts agree that we will have to reduce our consumption of red and processed meat in order to live longer, healthier lives, but especially so that our planet is in better condition and can support human activity long term. Eating mostly cereals, fruits, vegetables, nuts, and legumes, and little or no meat is probably the ideal solution to this environmental problem, but for many, red meat is a delicious food that is hard to replace. To satisfy meat lovers who still want to reduce their consumption, companies have recently developed products made only from plants whose appearance, texture and taste are similar to meat, whereas others are trying to produce artificial meat from in vitro cell cultures.

New plant-based patties: Beyond Burger and Impossible Burger
Plant-based burgers have long been available in grocery stores, but these meatless products are intended for vegetarians and consumed mainly by them. New products made from plants, but designed to have the same appearance, texture, and taste as meat have appeared on the market recently. These meat alternatives target omnivorous consumers who want to reduce their meat consumption. Among the most popular products, there is the Beyond Burger, available at the fast food chain A&W and recently in most supermarkets in Quebec, as well as the Impossible Burger, which will soon be on the menu at fast food chain Burger King under the name “Impossible Whopper.”

The main ingredients of Beyond Burger are pea protein isolate, canola oil and refined coconut oil. This food also contains 2% or less of other ingredients used to create a meat-like texture, colour and flavour, as well as natural preservatives (see box). It is an ultra-processed food that does not contain cholesterol, but almost as much saturated fat (from coconut oil) and 5.5 times more sodium than a lean beef patty. Nutrition and public health experts have suggested avoiding coconut oil in order not to increase blood LDL cholesterol (“bad cholesterol”) and maintain good cardiovascular health (see “Saturated fats, coconut oil and cardiovascular disease”). Moreover, the nutritional contribution of these two products is similar (calories, proteins, total lipids).

The Impossible Burger is made from soy protein, coconut oil and sunflower oil. It also contains ingredients that are used to create a meat-like texture, colour and flavour, as well as vitamins and natural preservatives. Among the ingredients added to mimic the colour and flavour of meat is soy leghemoglobin, a hemoprotein found in the nodules on the roots of legumes that has a similar structure to animal myoglobin. Rather than extracting this protein from the roots of soybean plants, the manufacturer uses leghemoglobin produced by yeast (Pichia pastoris) in which the DNA encoding for this protein has been introduced. The use of P. pastoris soybean leghemoglobin was approved by the US Food and Drug Administration in 2018. The fact that the leghemoglobin used is a product of biotechnology rather than from a natural source does not appear to pose a particular problem, but some researchers suspect that the heme it contains could have the same negative health effects as those associated with the consumption of red meat, i.e., an increased risk of cardiovascular disease and certain types of cancer. A causal link between heme and these diseases has not been established, but population studies (see here and here) indicate that there is a significant association between heme consumption and a rise (19%) in mortality risk from all causes. In contrast, non-heme iron from food (vegetables and dairy products) is not associated with an increased risk of mortality.

Beyond Burger and Impossible Whopper, served with mayonnaise and white bread, are not suitable for vegans (eggs in mayonnaise) or a particularly healthy option because of the saturated fat and salt they contain. However, the manufacture of these products requires much less energy and has a much smaller environmental footprint than real red meat, which is their strong selling point. According to one study, the production of a Beyond Burger patty generates 90% less greenhouse gas emissions and requires 46% less energy, 99% less water and 93% less arable land than a beef patty.

We believe that it is preferable, as much as possible, to obtain unprocessed fresh plant products and to do the cooking yourself, in order to control all the ingredients and thus avoid ingesting sodium or saturated fat in excessive amounts, as is the case with most ultra-processed products, including these new meatless patties. Fatty and salty foods taste good to a large majority of human beings, and the food industry takes this into account when designing the ultra-processed food products it offers on the market. If you want to eat a “burger” without meat, why not try to prepare it yourself with black beans (recipes here and here), oats, lentils or quinoa?

Production of “meat” in the laboratory
In vitro “meat” production involves culturing animal muscle cells (from undifferentiated cells or “stem cells”) in a controlled or laboratory environment. The first beef patty produced in a laboratory in 2013 cost 215,000 pounds (Can$363,000), but the price has dropped considerably since then. However, this product is not yet ready to be commercialized, as there are still several technological problems to solve before it can be produced on a large scale. Moreover, if the current experimental product can be used to successfully mimic ground meat, we are still far from being able to grow cells in a three-dimensional form that looks like a steak, for example.

The technology could be used to produce, for example, “Fugu” (puffer fish) meat, a delicacy prized by the Japanese, but which can be deadly if the chef or specialized companies do not prepare the fish properly. Indeed, tetradoxine contained in the liver, ovaries and skin of the fugu is a powerful paralyzing poison for which there is no antidote. Laboratory-made fugu meat would not contain any poison and would be safe for consumers.

Another example of an advantageous application would be the production of duck foie gras. A majority of the French (67%) are against the traditional method of production by gavage, which makes the animals suffer. One company (Supreme) is developing a method to obtain fatty liver from isolated duck egg cells.

Other companies are developing methods to produce egg white and milk proteins by fermentation rather than using animals. Although this “cellular agriculture” still seems a little “futuristic”, it could become increasingly important in the food industry and help reduce the production of meat that is harmful to our planet.