Marketed in 2015, the Juul (pronounced “jewel”) quickly became the most popular electronic cigarette in the United States and currently accounts for 70% of market shares. The recent arrival of Juul in Canada (September 2018) is a good opportunity to describe this new product, presented by its manufacturer as a smoking cessation aid.

The first feature of Juul that stands out is its elegant design: measuring 9.4 cm long, 1.5 cm wide and 0.8 cm thick (for a total weight of just 10 g), the product looks much more like a USB key than an electronic cigarette. In addition to its beautiful appearance, the Juul is also extremely easy to use: simply insert a cartridge (called “pod”) at the top of the device and suck the steam generated by the device, without having to handle liquid or operate additional buttons. Each cartridge contains 0.7 mL of a solution of propylene glycol, glycerine, artificial flavours and 5% nicotine, which is roughly the amount in a pack of cigarettes.

The main innovation brought by Juul, however, remains its ability to reproduce the amount of nicotine that is absorbed when using traditional combustible cigarettes. As shown in Figure 1, blood levels of nicotine measured after a puff of Juul-generated steam are very similar to those with a traditional cigarette and much higher than with most other e-cigarettes available on the market. 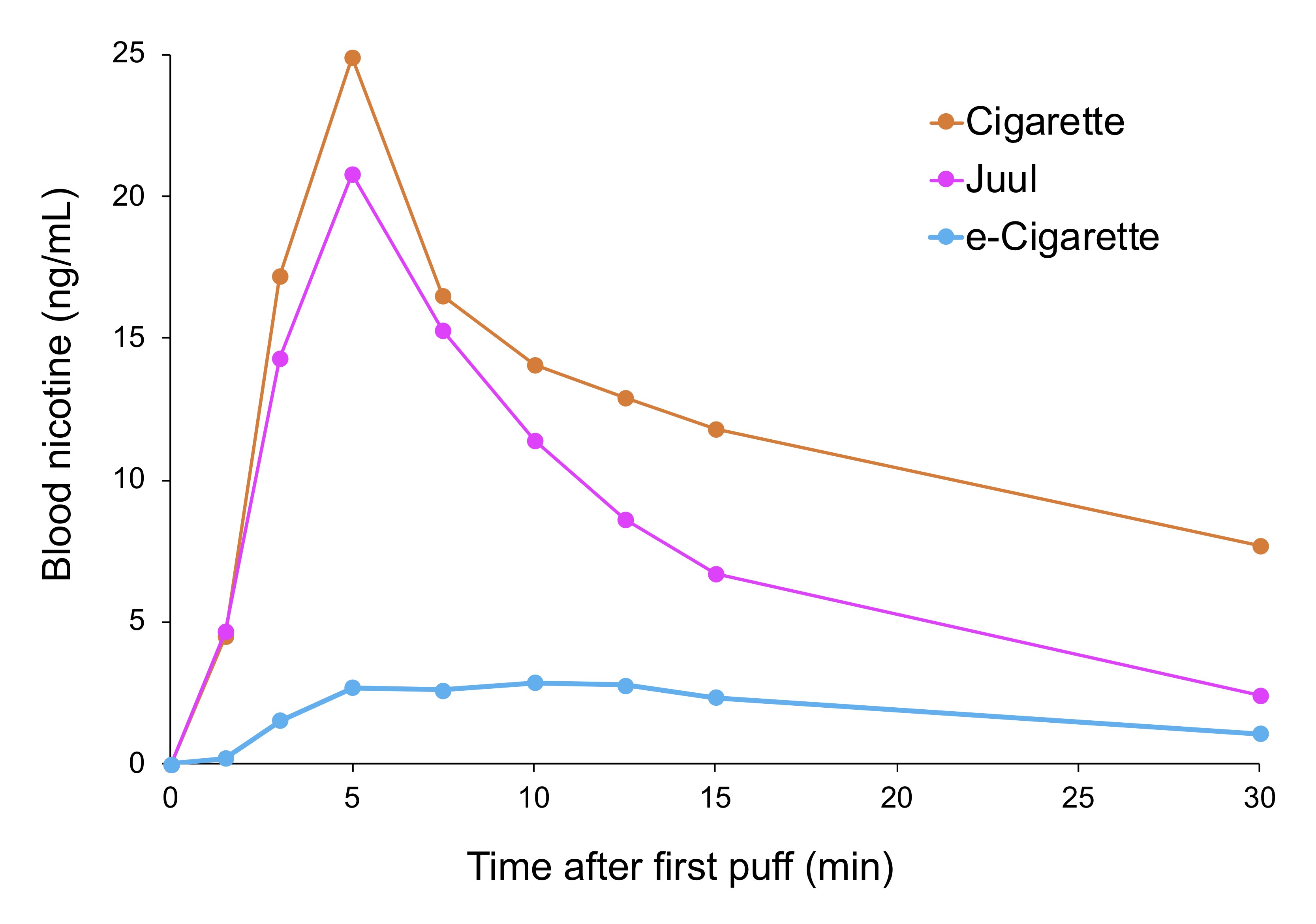 Figure 1. Comparison of the amount of nicotine absorbed after a puff of different forms of cigarettes.

Nicotine salts vs. free nicotine
The key to understanding the superiority of Juul lies in the chemistry of the nicotine molecule. In its natural state, nicotine is a weak base that associates spontaneously with an acid to form salts (monobasic and dibasic) (see figure opposite).

These nicotine salts are not very volatile and are therefore poorly absorbed by the lungs when smoking tobacco; however, in the 1960s, chemists working at the tobacco company Philip Morris discovered that if tobacco is treated with an alkaline solution (e.g., ammonia-based), nicotine is converted to a much more volatile free base (more than 100 times), which greatly increases its absorption in the lungs and brain. This was a major breakthrough because, by secretly manipulating the bioavailability of tobacco nicotine, cigarettes became much more addictive than before, which helped make Marlboro, Philip Morris’s flagship brand, the most popular cigarette in the world.

Because of its greater absorption by the body, free base nicotine is also present in smoking cessation products (gums, aerosols, patches, e-cigarettes). In the case of e-cigarettes, however, this use has the disadvantage of making the steam generated very irritating (because of the basic nature of the free base nicotine), which limits the amount that can be absorbed during vaping (see Figure 1). This problem particularly affects heavy smokers who are looking for high doses of nicotine to meet their needs; the irritation or discomfort caused by a high intake of free base nicotine then becomes a hindrance that prevents the transition from the traditional cigarette to the electronic version.

The Juul electronic cigarette circumvents these limitations by using nicotine salts rather than the molecule in its free base form. At first glance, this may seem like an astonishing strategy given that these salts are known to be less well absorbed by the body than nicotine in its free form. However, during the development of their product, the makers of Juul made a surprising discovery: by using certain organic acids to form nicotine salts (in this case, benzoic acid), they observed that these salts could be vaporized at low temperatures and that nicotine was absorbed at a rate similar to that of free nicotine. In addition, the presence of benzoic acid lowers the pH of the vaping solution and causes less irritation in the throat, which allows the user to aspirate larger amounts of nicotine. As a result, Juul can be considered as the first electronic cigarette that is able to fairly accurately replicate the sensation provided by smoking traditional cigarettes, and could therefore represent an interesting tool to quit smoking.

Juul is a recent addition to the world of e-cigarettes and its effectiveness in quitting smoking as well as its health effects remain to be established. Several studies on e-cigarettes show that vaping generates fewer toxic and carcinogenic compounds than traditional combustible cigarettes and there is no doubt that these devices are much less harmful to health. In this sense, Juul may even be superior to other electronic cigarettes, as its higher concentration of nicotine reduces the amount of liquid consumed and it is heated to a lower temperature, which reduces the production of potentially toxic compounds.

The main concern generated by Juul’s phenomenal sales growth remains its high nicotine content that could be addictive for users, especially among young people. Several recent articles have reported that Juul has a strong presence on high school and college campuses in the United States, indicating that it is frequently used by young people, even minors. This use is facilitated by the design of the device that allows them to easily hide it from the authorities and, in some cases, even to vape at school (which has led some schools to ban USB sticks to stop the use of Juul). The flavours of the cartridges, such as “mango” and “crème brûlée”, are also appealing to a younger audience and studies have shown that those who smoke have often started with the use of flavoured tobacco products. The question of whether Juul can be a stepping stone to traditional smoking remains open, but there is some doubt about this, based on recent evidence that youth smoking rates are steadily declining (the proportion of American teenagers who smoked in the last 30 days decreased from 28.3% in 1996 to 5.9% in 2016).

In any event, it is obvious that we must remain extremely vigilant and prevent these new products from favouring the emergence of a new generation of smokers. Alerted by the steady increase in the number of Juul users, the U.S. FDA has recently asked manufacturers of the product to prove that their marketing does not deliberately target youth and describe their plans to limit the use of this product to adults. In response to these requests, Juul Labs promised to invest $30 million over the next three years in research and development to reduce the use of Juul by young people and restrict the product only to smokers who want a less harmful alternative to traditional cigarettes. The pressure from the FDA has also pushed the company to remove its cartridges containing popular flavours from outlets and to stop promoting its product on social media.