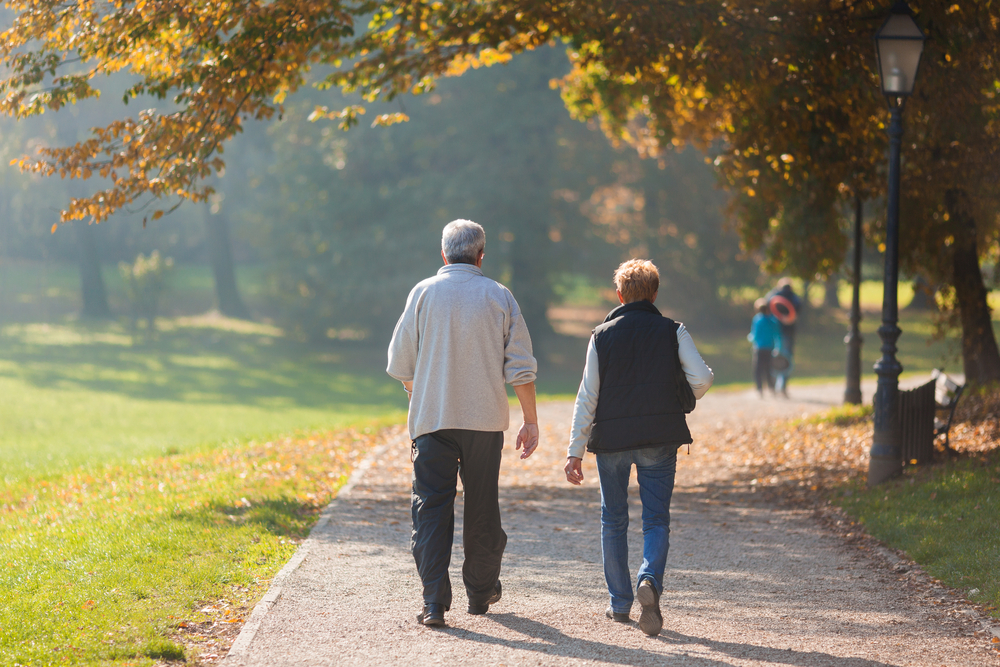 Several studies published to date suggest that increasing the number of daily steps is important to prevent the development of chronic diseases and premature death. We often hear in the news or on social media that 10,000 steps/day is the target to reach to enjoy the maximum health benefits. However, some studies indicate that at 6,000 to 8,000 steps/day, the maximum protective effect is achieved and that taking more steps does not significantly reduce the risk of death from all causes, for example. However, there is relatively little data on the subject, and the studies published to date do not distinguish between the different types of walking (daily life vs. exercise) and have paid little attention to the relative importance of walking intensity or cadence.

A prospective study recently examined the dose-response association between the amount (number of steps/day) and intensity (cadence) of walking and the incidence of dementia. The study, which lasted an average of 6.9 years, was carried out among 78,430 people aged 40 to 79 who were part of the UK Biobank cohort. Participants wore an accelerometer around their dominant wrist 24 hours a day, 7 days a week for at least 3 consecutive days and had no diagnosed cardiovascular disease, cancer or dementia at the start of the study. From the data collected by the accelerometer, it was possible to determine: 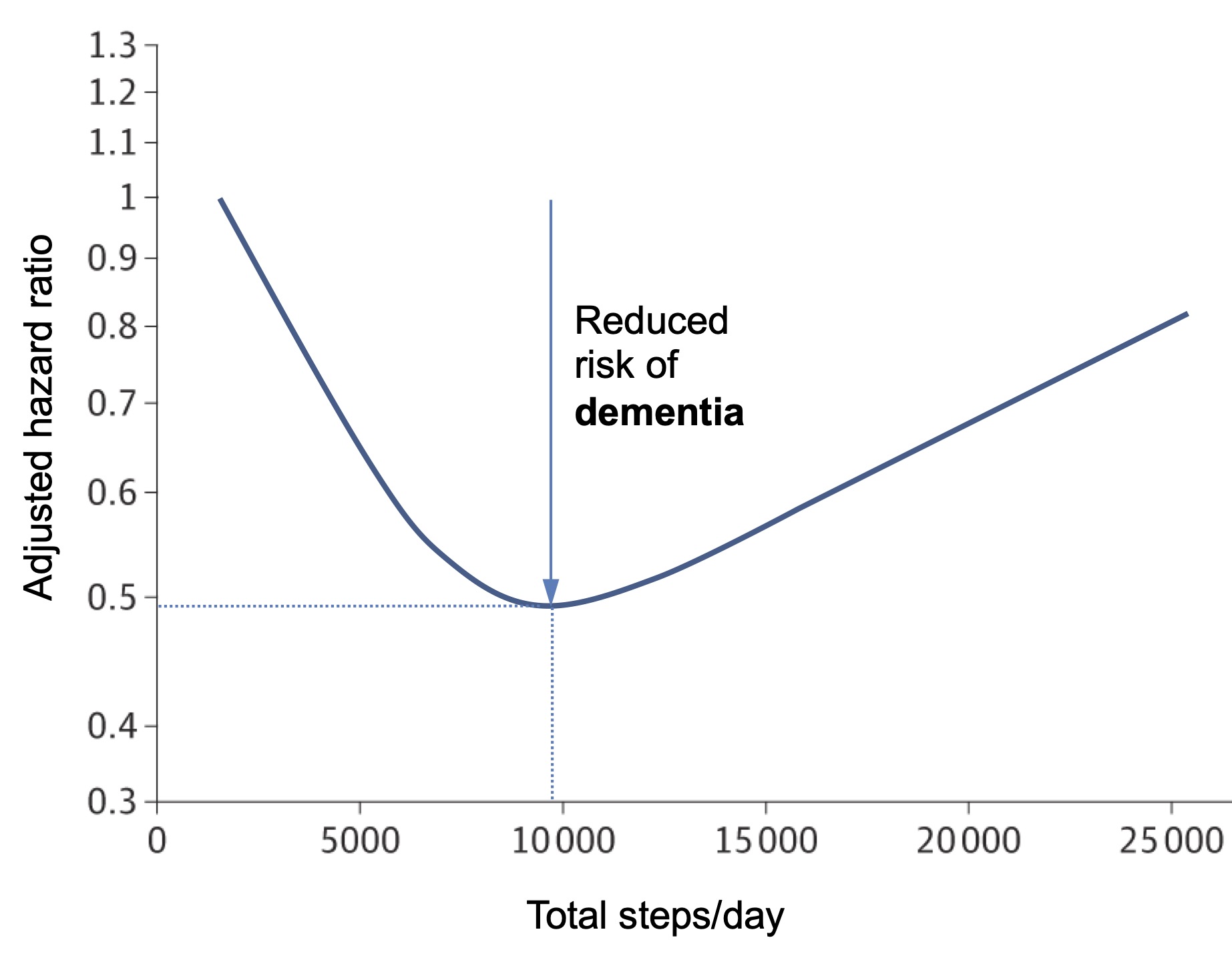 The strengths of this study are the very large cohort size and the use of accelerometry and algorithms that helped distinguish walking steps from other ambulatory activities (a problem in some previous studies). Among the limitations, there is firstly that this type of study, of an observational nature, does not make it possible to establish a causal link. Second, the accelerometry data at the start of the study was collected only once and therefore may not fully reflect participants’ walking habits. However, multiple measurements carried out 4 years after the start of the study indicates that there is little variation between the data obtained during the different measurements. In addition, there remains a risk of reverse causation, i.e. that the disease (dementia, cardiovascular, cancer) could be the cause of a low number of steps, despite certain precautions taken by the researchers to minimize this risk.

The researchers are of the opinion that the right part of the dose-response curves does not reflect a real reduction in the favourable effect of walking after 10,000 steps, but rather reflects the scarcity of walking data or events (diagnoses of dementia, cardiovascular disease, death) for these few great walkers. In addition, some particularly health-conscious participants may have set a target (popularized in the media) of 10,000 steps/day, which could explain why the optimal effect is observed at this amount of walking.

Walking more and walking faster are associated with health and longevity benefits. Although the optimal health effect seems to be achieved around 10,000 steps/day, it is important to note that walking between 5,000 and 8,000 steps/day allows us to greatly benefit from the positive effects associated with walking. Moreover, there is no minimum threshold for the beneficial association between the number of total daily steps walked and mortality and morbidity. For example, as few as 3,800 steps/day are associated with a reduction in the risk of dementia equivalent to half of the maximum effect obtained at approx. 10,000 steps/day. Future recommendations for the prevention of dementia, cardiovascular disease and cancer could take this new evidence into account and encourage the population to walk more and at a faster pace, in order to optimally benefit from the health benefits of walking.