Edible cannabis: An effect of longer duration and less predictable than with inhalation 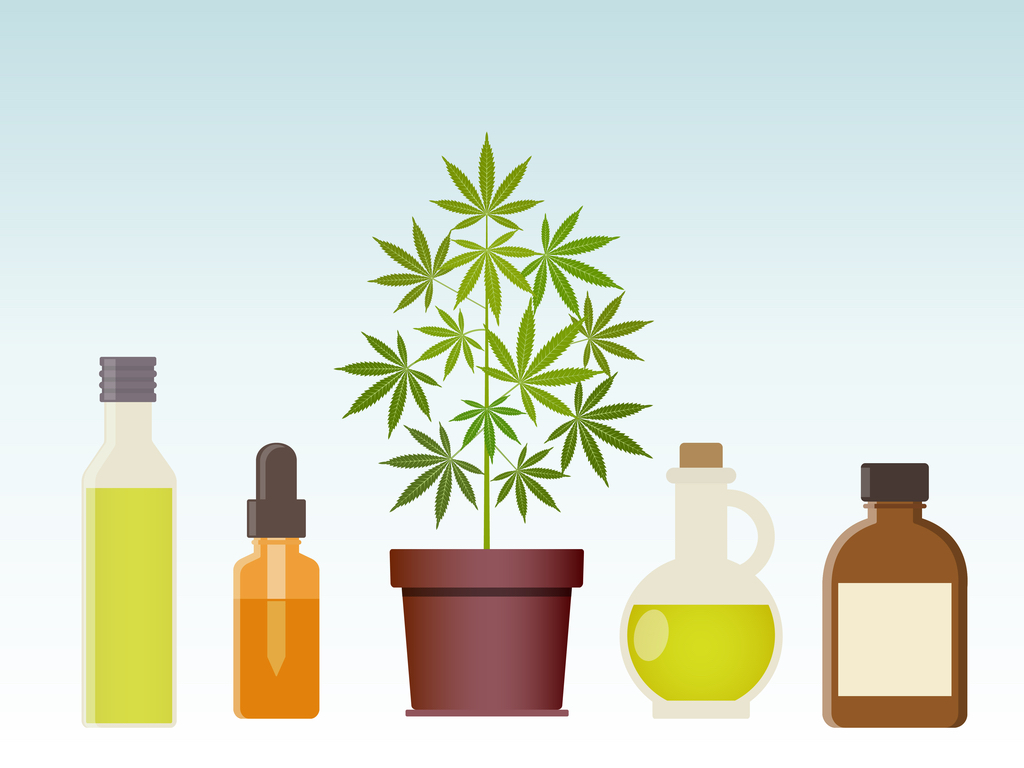 On October 17, 2019, one year after the legalization of cannabis as a smoking substance, the Government of Canada legalized he sale of edible cannabis products, in the form of extracts, for inhalation (vaping) and topical use. In Québec, the new products will be offered for sale exclusively at the Société Québécoise du Cannabis (SQDC). Two new types of products could be offered: edible bakery and pastry products and cannabis extracts (hashish, skuff, vaping liquids). The Québec government has announced its intention to restrict the supply of certain cannabis products (sweets, confectionery, desserts, chocolates and topical products).

The legalization of edible cannabis products is of concern to some public health experts, mainly because of the potential risks of overdose by users and involuntary intoxication by children or pets. These products will be strictly regulated by the federal government’s “Cannabis Regulations.” The maximum THC content will be 10 mg of THC per package; it will be forbidden to add alcohol, nicotine, vitamins or minerals and there will be a limit for the amount of caffeine; the packaging must be childproof; packaging should not be attractive to young people; and no claim of health benefits will be allowed. Labelling will also be regulated and must contain THC and CBD content, a list of ingredients, a Nutrition Facts table and a warning.

In a brief (in French only) presented to the Québec Ministry of Health and Social Services, the National Institute of Public Health of Québec (INSPQ) believes that “the federal government’s approval of a wide range of new cannabis products(edible, extracted and topical) seems to be a hasty initiative.” The INSPQ believes that the marketing of these products poses several health risks: the number of users could increase and the consumption of current users could increase; there is a risk related to delayed effects that are difficult to anticipate; risk of involuntary consumption; risks associated with the consumption of cannabis extracts with a high THC content. The INSPQ supports the Québec government’s initiative to impose new regulatory restrictions on the products to be offered by the SQDC and suggests improvements to the proposed regulation:

Differences between inhaling and ingesting cannabis
Inhalation and ingestion are two very different modes of cannabis use from a pharmacological point of view. When cannabis is smoked or vaped, the high temperature generated by combustion or vaping releases volatile compounds as smoke or vapour, including the main psychoactive compound of cannabis, Δ9-tetrahydrocannabinol (THC), and cannabidiol (CBD), which has no psychoactive effect. Inhaling smoke or cannabis vapour puts cannabinoids in contact with the lung cells that absorb them and pass them quickly into the bloodstream. THC is partially delivered to the brain where it binds to cannabinoid receptors and will cause a euphoric effect. THC will also pass through the liver where it will first be metabolized to 11-OH-THC (or hydroxy-THC, psychoactive) and then inactivated to 11-nor-9-COOH-THC (or carboxy-THC, non-psychoactive). The bioavailability of cannabis by inhalation ranges from 10% to 35% and varies with the duration and depth of inhalation and the duration of puff retention.

Ingestion of cannabis products
When cannabis is ingested, 90% to 95% of the THC it contains is absorbed in the gastrointestinal tract and then delivered to the liver via the portal vein. A large proportion of THC is inactivated in the liver (carboxy-THC) before it can reach the site of action in the brain. After this “first pass” in the liver, THC and hydroxy-THC (both psychoactive) that have not been inactivated in carboxy-THC (non-psychoactive) are pumped through the heart and then routed to the brain and the periphery. The bioavailability of THC by ingestion is approximately 4%–12% and varies greatly from one individual to another.

Another major difference in the two patterns of cannabis use is the rate at which THC reaches the brain and produces its psychoactive effects. THC is detectable in the blood just seconds after taking a first puff of a cannabis cigarette, with a peak concentration 6 to 10 minutes after starting to smoke (Figure 1, red line). THC is rapidly converted to hydroxy-THC, with a peak concentration at 15 minutes (Figure 1, blue line), then carboxy-THC (green line). The two main psychoactive substances, THC and hydroxy-THC, are almost completely metabolized 2–3 hours after inhaling cannabis smoke. Traces of THC can still be detected in the blood after 7 to 27 hours depending on the dose of inhaled cannabis, while the carboxy-THC metabolite can be detected in the blood for up to 7 days after inhaling cannabis. The main cause of this slow removal of THC from the blood is the slow re-diffusion of THC from adipose tissue and other tissues into the bloodstream. Figure 1. Mean plasma concentrations of Δ9-tetrahydrocannabinol (THC), 11-hydroxy-THC (11-OH-THC) and 11-nor-9-carboxy-THC (11-COOH-THC) of six individuals during and after smoking a cannabis cigarette containing approximately 15.8 mg of THC. Volunteers were instructed to inhale for 2 seconds, hold the smoke for 10 seconds, and exhale and pause for 72 seconds. In total, the volunteers inhaled 8 puffs in 11.2 minutes. According to Huestis et al., 1992.

The absorption of THC after cannabis ingestion is much slower and erratic, with maximum THC concentrations observed after 60–120 minutes (Figure 2, red line). Almost equal amounts of THC and hydroxy-THC (Fig. 2, blue line) were found in the blood after ingesting THC at all times. Maximum levels of these two psychoactive substances were measured 2 to 3 hours after ingestion, and remained elevated up to 6 hours. The major metabolite was carboxy-THC (non-psychoactive) and is still found in large amounts 6 hours after ingesting THC-containing capsules (Fig. 2, green line). Figure 2. Mean plasma concentrations of Δ9-tetrahydrocannabinol (THC), 11-hydroxy-THC (11-OH-THC) and 11-nor-9-carboxy-THC (11-COOH-THC) from six individuals after ingesting gelatine capsules containing a total of 20 mg of THC. According to Wall and Perez-Reyes, 1981.

More hydroxy-THC is produced after ingestion of cannabis compared to inhalation (see Figures 1 and 2, blue line), but according to one study this metabolite would have a higher psychoactive potential than THC. In addition, hydroxy-THC would enter the brain faster and in greater amounts than THC. Combined with the fact that THC and hydroxy-THC are present in the bloodstream for a longer period, there is a greater risk of overdose when cannabis is ingested than when it is inhaled.

Cannabis users who are accustomed to the effect obtained by inhalation should be careful when using an edible product for the first time and use a reliable and controlled product such as those that will be available at the SQDC. New users should not take more than 5–10 mg of THC and be patient as it may take one to two hours to experience the euphoric effect. The INSPQ and other public health organizations have also suggested that the unit sizes of edible cannabis should not contain more than 5 mg of THC, which is half the limit imposed by federal law (10 mg). Since the effect will be longer lasting with an edible product, the consumer will have to plan a sufficient amount of time in their schedule and anticipate that the effects of cannabis may take more than six hours to fade. Overdose, which can cause a very unpleasant “bad trip”, should be avoided. Fortunately, it is almost impossible to die of an overdose of cannabis because it would require consuming huge amounts (kilograms). On the other hand, overdose can, in very rare cases, cause acute suicidal psychosis or exacerbate underlying cardiac problems and indirectly cause death.

Cannabidiol (CBD)
Products containing CBD (non-psychoactive) are very popular in North America, and up to 14% of Americans consume it according to a recent survey. U.S. users say they consume these products to reduce pain (40%), anxiety (20%), to improve sleep (11%), to treat arthritis (8%), migraines and headaches (5%), and reduce stress (5%). According to a U.S. study, the CBD market could reach 20 billion dollars in 2024.

Paradoxically, relatively little is known about the metabolism of this cannabinoid and its therapeutic efficacy. The only two CBD-based medications that have been licensed are Sativex for the treatment of symptoms of multiple sclerosis and Epidiolex for certain types of epilepsy in children. A dozen clinical trials are underway to treat schizophrenia, Crohn’s disease and graft-versus-host disease.

A randomized controlled trial was recently conducted to establish the safety, tolerability and pharmacokinetics of CBD. CBD was generally well tolerated (single oral doses of 1500, 3000, 4500, 6000 mg CBD) and side effects were mild. After a single oral dose, CBD is detected rapidly in the blood and reaches a maximum concentration after 4–5 hours. The major circulating metabolite was 7-carboxy-CBD (95%, inactive), followed by CBD (2%, active) and 7-hydroxy-CBD (2.3%, active), and 6-hydroxy-CBD (0.2%). The low absolute bioavailability of CBD caused by metabolism in the liver to 7-carboxy-CBD (inactive) explains why relatively high doses of CBD are required to achieve a therapeutic effect. The study found that taking CBD twice a day would maintain an effective plasma concentration for treating epilepsy.

Canadians will soon have access to edible cannabis products that will be controlled by federal and provincial laws and regulations. New users should be careful not to consume these products in excessive quantities, knowing that this mode of consumption does not produce exactly the same effects as a cannabis cigarette, particularly with regard to the much slower absorption time and prolonged duration of euphoric effects.