Eggs: To consume with moderation 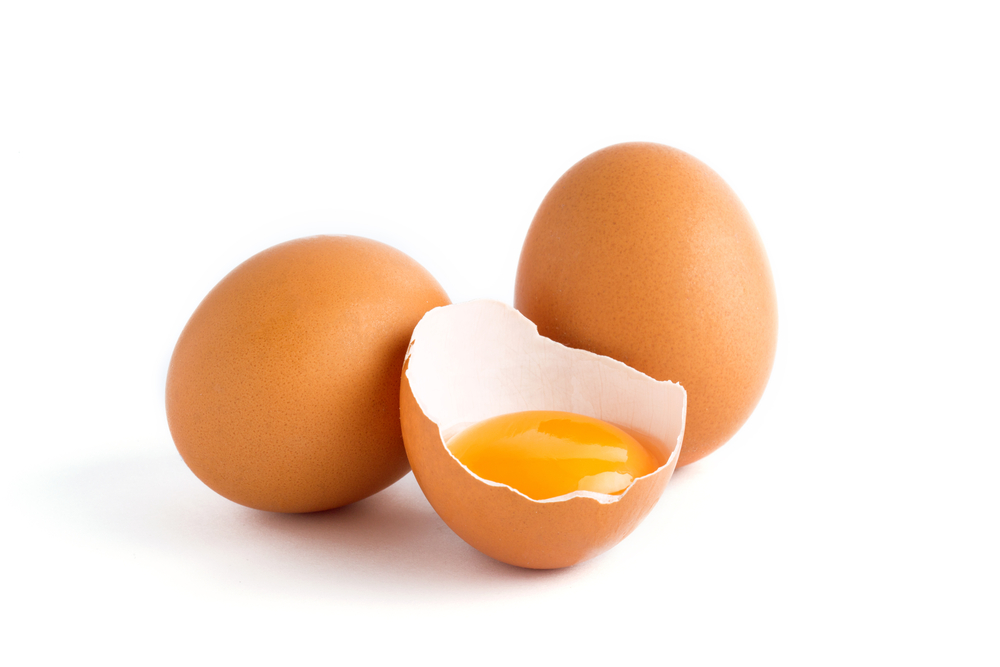 The old debate over whether egg consumption is detrimental to cardiovascular health has been revived since the recent publication of a study that finds a significant, albeit modest, association between egg or dietary cholesterol consumption and the incidence of cardiovascular disease (CVD) and all-cause mortality. Eggs are an important food source of cholesterol: a large egg (≈50 g) contains approximately 186 mg of cholesterol. The effect of eggs and dietary cholesterol on health has been the subject of much research over the last five decades, but recently it has been assumed that this effect is less important than previously thought. For example, the guidelines of medical and public health organizations have in recent years minimized the association between dietary cholesterol and CVD (see the 2013 AHA/ACC Lifestyle Guidelines and the 2015–2020 Dietary Guidelines for Americans). In 2010, the American guidelines recommended consuming less than 300 mg of cholesterol per day; however, the most recent recommendations (2014–2015) do not specify a daily limit. This change stems from the fact that cholesterol intake from eggs or other foods has not been shown to increase blood levels of LDL-cholesterol or the risk of CVD, as opposed to the dietary intake of saturated fat that significantly increases LDL cholesterol levels, a significant risk of CVD.

What distinguishes the study recently published in JAMA from those published previously is its great methodological rigour, in particular a more rigorous categorization of the components of the diet, which makes it possible to isolateindependent relationships between the consumption of eggs or cholesterol from other sources and the incidence of CVD. The cohorts were also carefully harmonized, and several fine analyses were performed. The data came from six U.S. cohorts with a total of 29,615 participants who were followed for an average of 17.5 years.

The main finding of the study is that greater consumption of eggs or dietary cholesterol (including eggs and meat) is significantly associated with a higher risk of CVD and premature mortality. This association has a dose-response relationship: for every additional 300 mg of cholesterol consumed daily, the risk of CVD increases by 17% and that of all-cause mortality increases by 18%. Each serving of ½ egg consumed daily is associated with an increased risk of CVD of 6% and an increased risk of all-cause mortality of 8%. On average, an American consumes 295 mg of cholesterol every day, including 3 to 4 eggs per week. The model used to achieve these results took into account the following factors: age, gender, race/ethnicity, educational attainment, daily energy intake, smoking, alcohol consumption, level of physical activity, use of hormone therapy. These adjustments are very important when you consider that egg consumption is commonly associated with unhealthy behaviours such as smoking, physical inactivity and unhealthy eating. These associations remain significant after additional adjustments to account for CVD risk factors (e.g. body mass index, diabetes, blood pressure, lipidemia), consumption of fat, animal protein, fibre and sodium.

A review of this study suggests that the association between cholesterol and the incidence of CVD and mortality may be due in part to residual confounding factors. The authors of this review believe that health-conscious people reported eating fewer eggs and cholesterol-containing foods than they actually did. Future studies should include “falsification tests” to determine whether a “health consciousness” factor is the cause of the apparent association between dietary cholesterol and CVD risk.

Eggs, TMAO and atherosclerosis
A few years ago, a metabolomic approach identified a compound in the blood, trimethylamine-N-oxide (TMAO), which is associated with increased cardiovascular risks. TMAO is formed from molecules from the diet: choline, phosphatidylcholine (lecithin) and carnitine. Bacteria present in the intestinal flora convert these molecules into trimethylamine (TMA), then the TMA is oxidized to TMAO by liver enzymes called flavin monooxygenases. The main dietary sources of choline and carnitine are red meat, poultry, fish, dairy products and eggs (yolks). Eggs are an important source of choline (147 mg/large egg), an essential nutrient for the liver, muscles and normal foetal development, among others.

A prospective study indicated that elevated plasma concentrations of TMAO were associated with a risk of major cardiac events (myocardial infarction, stroke, death), independent of traditional risk factors for cardiovascular disease, markers of inflammation, and renal function. It has been proposed that TMAO promotes atherosclerosis by increasing the number of macrophage scavenger receptors, which carry oxidized LDL (LDLox) to be degraded within the cell, and by stimulating macrophage foam cells (i.e. filled with LDLox fat droplets), which would lead to increased inflammation and oxidation of cholesterol that is deposited on the atheroma plaques. A randomized controlled study indicates that the consumption of 2 or more eggs significantly increases the TMAO in blood and urine, with a choline conversion rate to TMAO of approximately 14%. However, this study found no difference in the blood levels of two markers of inflammation, LDLox and C-reactive protein (hsCRP).

Not all experts are convinced that TMAO contributes to the development of CVD. A major criticism is focused on fish and seafood, foods that may contain significant amounts of TMAO, but are associated with better cardiovascular health. For example, muscle tissue in cod contains 45–50 mmol TMAO/kg. For comparison, the levels of choline, a precursor of TMAO, are 24 mmol/kg in eggs and 10 mmol/kg in red meat. The only sources of choline that are equivalent to that in TMAO in marine species are beef and chicken liver. TMAO contained in fish and seafood is therefore significantly more important quantitatively than TMAO that can be generated by the intestinal flora from choline and carnitine from red meat and eggs. This was also measured: plasma levels of TMAO are much higher in people who have a fish-based diet (> 5000 μmol / L) than in people who eat mostly meat and eggs (139 μmol / L). In their response to this criticism, the authors of the article point out that not all fish contain the same amounts of TMAO and that many (e.g. sea bass, trout, catfish, walleye) do not contain any. Fish that contain a lot of TMAO are mainly deep-sea varieties (cod, haddock, halibut). The TMAO content of other fish, including salmon, depends on the environment and when they are caught.

Other experts believe this could be a case of reverse causality: the reduction in renal function associated with atherosclerosis could lead to an accumulation of TMAO, which would mean that this metabolite is a marker and not the cause of atherosclerosis. To which the authors of the hypothesis counter that the high concentration of TMAO is associated with a higher risk of cardiovascular events even when people have completely normal kidney function.

Diabetes and insulin resistance
People who are overweight (BMI> 25) and obese (BMI> 50) are at higher risk of becoming insulin resistant and having type 2 diabetes and metabolic syndrome, conditions that can, independently or in combination, lead to the development of cardiovascular disease. There is evidence that dietary cholesterol may be more harmful to diabetics. Intestinal absorption of cholesterol is impaired in diabetics, i.e. it is increased. However, in a randomized controlled trial, when diabetic patients consumed 2 eggs per day, 6 times per week, their lipid profile was not altered when their diet contained mono- and polyunsaturated fatty acids. Other studies (mostly subsidized by the egg industry) suggest that eggs are safe for diabetics.

Dr. J. David Spence of the Stroke Prevention & Atherosclerosis Research Center believes that people at risk for CVD, including diabetics, should avoid eating eggs (see also this more detailed article). This expert in prevention argues that it is the effects of lipids after a meal that matter, not fasting lipid levels. Four hours after a meal high in fat and cholesterol, harmful phenomena such as endothelial dysfunction, vascular inflammation and oxidative stress are observed. While egg whites are unquestionably a source of high-quality protein, egg yolks should not be eaten by people with cardiovascular risks or genetic predispositions to heart disease.

The association between the consumption of eggs or foods containing cholesterol and the risk of CVD is modest. But since this risk increases with the amount consumed, people who eat a lot of eggs or foods containing cholesterol have a significant risk of harming their cardiovascular health. For example, according to the study published in JAMA, people who consume two eggs per day instead of 3 or 4 per week have a 27% higher risk of CVD and a 34% higher risk of premature mortality. It is therefore prudent to minimize the consumption of eggs (less than 3 or 4 eggs per week) and meat in order to limit the high intake of cholesterol and choline and avoid promoting atherosclerosis.