Standing up is still doing a little exercise! 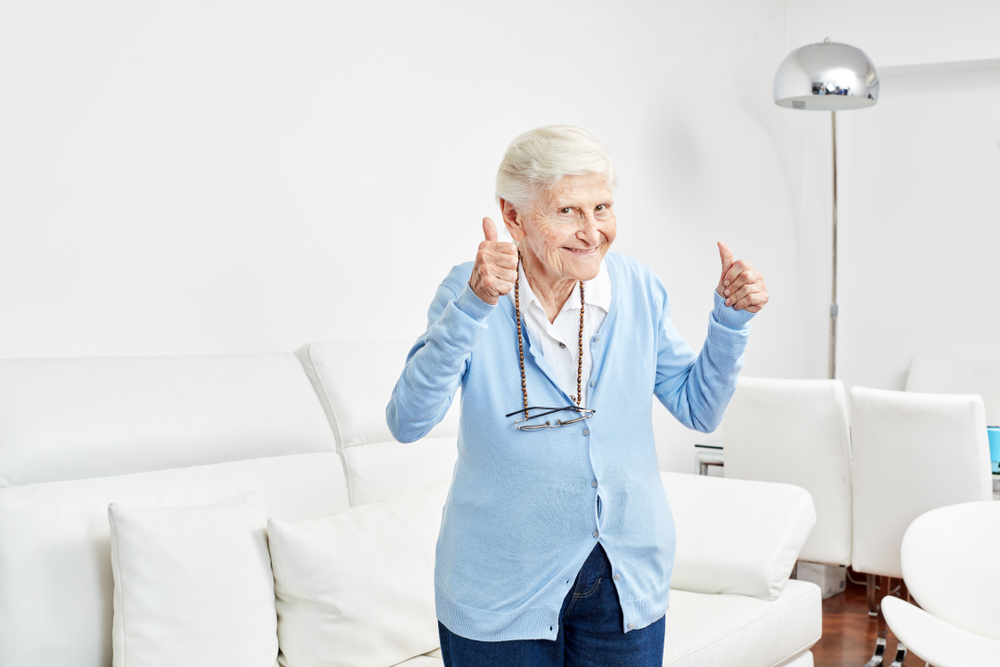 According to recent estimates from the World Health Organization, physical inactivity is directly responsible for around 10% of premature deaths worldwide, an impact similar to those of smoking and obesity. Canada is no exception to this trend, with barely 15% of the population doing the recommended minimum of 150 minutes of physical activity per week and only 5% doing so on a regular basis, i.e. being active for at least 30 minutes a day, five days a week. This sedentary lifestyle is particularly pronounced among older people (60 and over), with barely 10% of this age group being sufficiently active. As a result, it is estimated that the elderly spend on average more than 60% (10 hours and more) of their waking period in sedentary activities, totally devoid of physical activity (Figure 1). 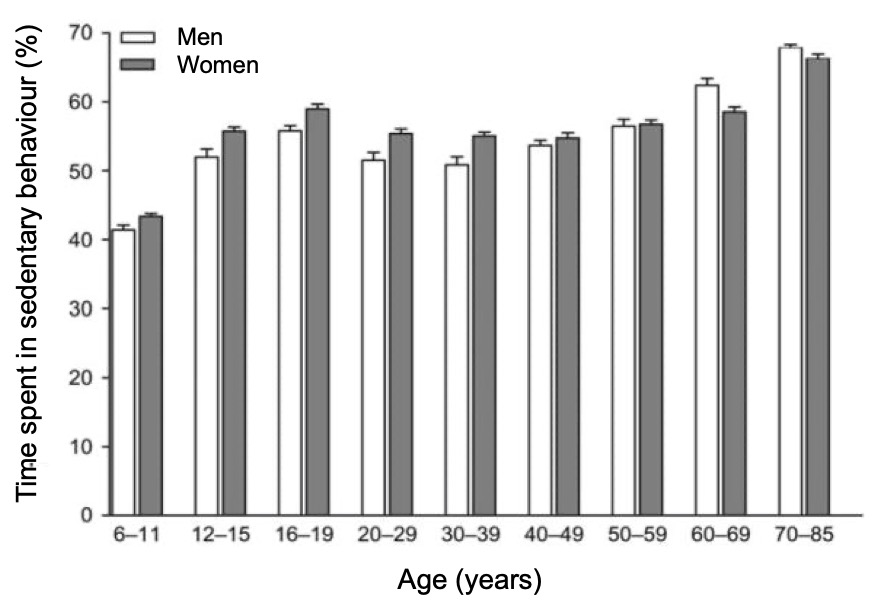 This is far too much, as numerous studies have clearly shown that high levels of physical inactivity are associated with a significant increase in the risk of cardiovascular disease, type 2 diabetes, certain types of cancer and an increased risk of dying prematurely. There is no doubt that sitting or lying down doing nothing for too long is very bad for health and that itis absolutely necessary to break this bad habit to improve the health of the population.

Standing up is already better
Obviously, the best option to counter the harmful effects of a sedentary lifestyle is to be more physically active. For example, a recent study reports that around 30 minutes of moderate to vigorous physical activity per day (such as brisk walking) seems sufficient to completely cancel out the negative impact of a sedentary lifestyle on the risk of premature mortality.

A study of older people suggests that much lower levels of physical activity may also have positive health effects. In this study, nearly 6,000 American women, ages 63 to 97, wore a research accelerometer for seven days to get accurate measurements of time spent sitting, standing, or moving. During a follow-up period of 5 years on average, the researchers observed that the simple fact of spending more time in a standing position, without doing any other exercise, was enough to significantly decrease the risk of premature death. Compared to the most sedentary women (less than 45 min standing per day), participants who spent the most time standing had a 37% lower risk of death (Figure 2A). These positive effects of standing were even stronger when participants stood and moved at the same time (50% reduction in mortality) (Figure 2B). 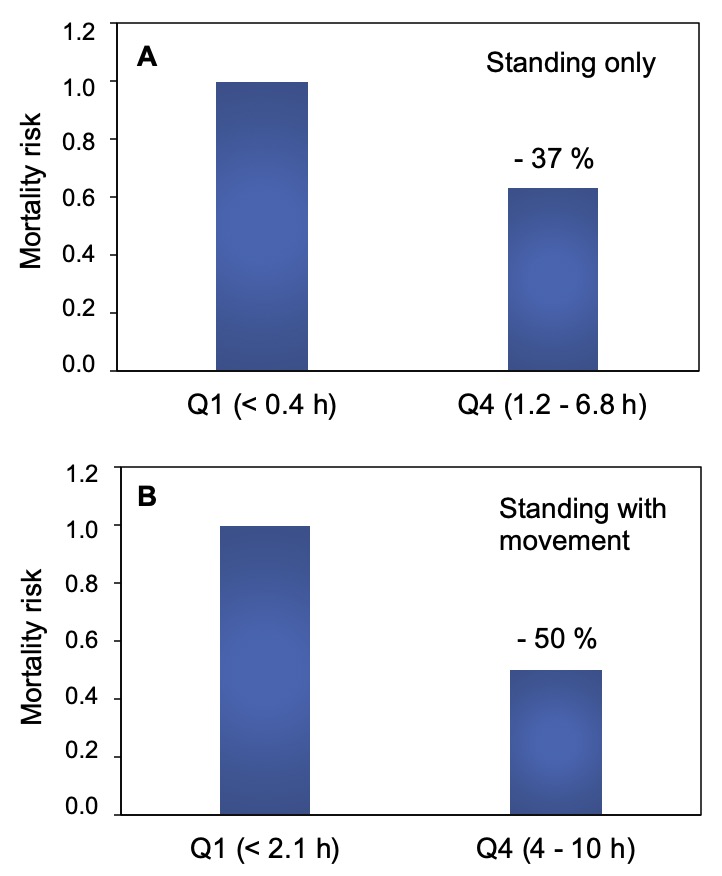 Figure 2. Effect of standing (A) or standing with movement (B) on the risk of premature mortality. The values represent the comparison of the mortality rate between the most sedentary people (Q1) and those who are more active (Q4). From Jain et al. (2020).

These results are interesting because many elderly people develop several chronic diseases during aging that weaken them and prevent them from participating in moderate to vigorous physical activities. According to the study, however, these people can improve their health simply by switching from sitting to standing as often as possible.

The transition from sitting to standing requires activating the muscles of the legs and abdominals to lift the body and keep it in balance. These efforts immediately increase blood pressure, heart rate and vascular tone, and the required energy expenditure improves blood vessel function and lipid and carbohydrate metabolism. Although these physiological adaptations are obviously not of the same order as during higher intensity exercise, the results of the study clearly show that they have a positive effect on health and that standing, even without moving, is far better than sitting or lying down for long periods of time.

In short, these results confirm that a sedentary lifestyle is an abnormal behaviour, completely ill adapted to human physiology, and that one should avoid sitting and being inactive for too long as much as possible, regardless of the type of activity performed. And this is true for all ages, young and old alike.