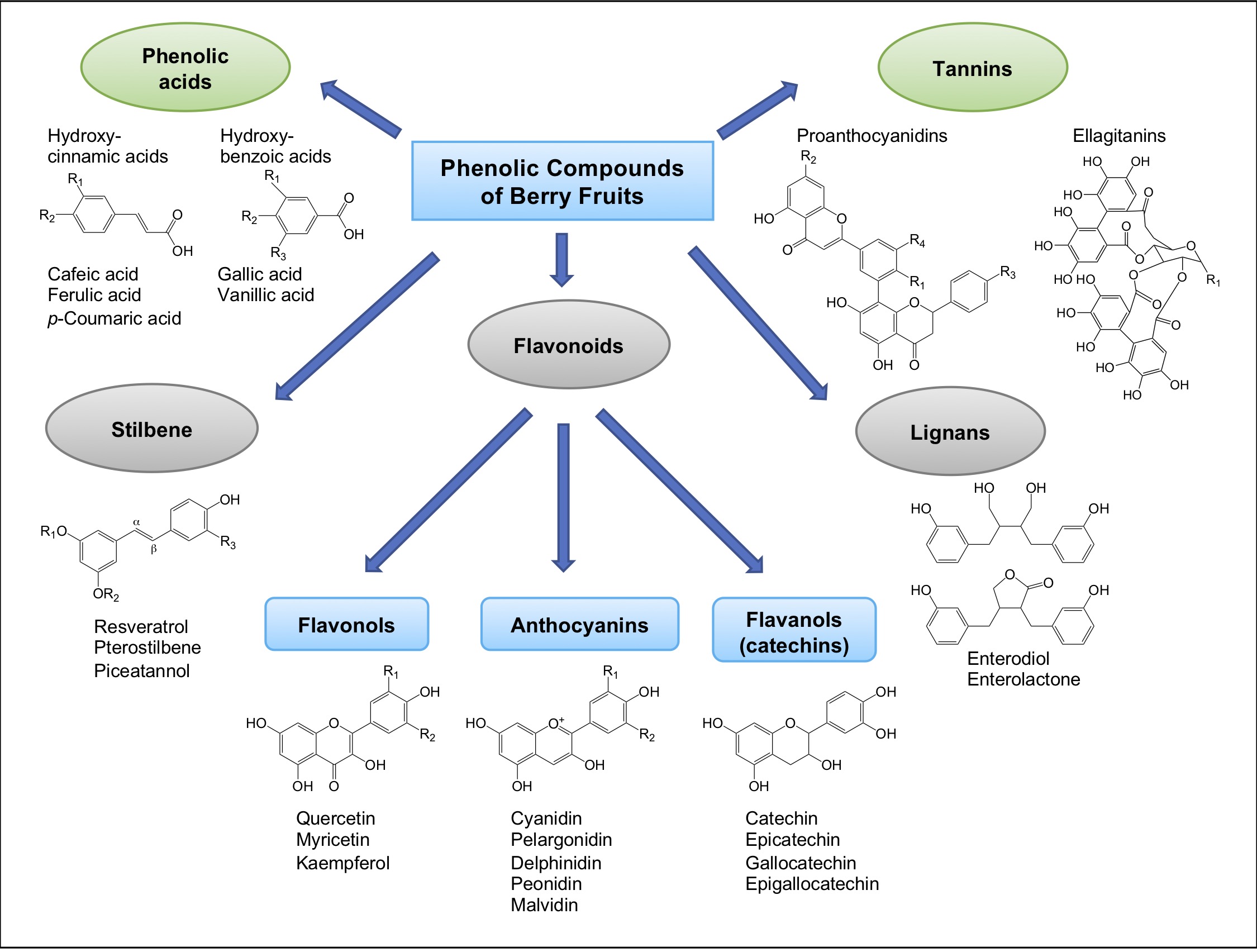 Dark chocolate is good for the heart!

Not only are plants important sources of vitamins, fibres and minerals but they also contain phytochemicals such as polyphenols that play a very important role in the positive effects of these foods on cardiovascular health. Among the thousands of distinct polyphenols found in nature, the family of flavonoids has received special attention in recent years because of its presence in a large number of plants (fruits, vegetables, nuts, legumes) and beverages (tea, coffee, red wine) that are part of our daily diet. The impact of these molecules on health appears to be particularly important, as population studies indicate that people with the highest flavonoid intake have a lower risk of stroke or coronary artery disease, effects that are accompanied by a decrease in cardiovascular mortality and overall mortality.

Cocoa and its by-products, especially dark chocolate, are exceptional sources of polyphenols (Table 1), in particular flavonoids, suggesting that regular consumption of cocoa products could be very positive for cardiovascular health.

Table 1. Polyphenol content of some foods and beverages. Adapted from Pérez-Jiménez et al. (2010).

The first clue to this positive effect comes from Marjorie McCullough’s observations on the Kuna Indians of the San Blass Islands, an archipelago off Panama. These people are very large consumers of cocoa, which they use to prepare a beverage according to the traditional method of pre-Colombian civilizations. The Kuna drink about five cups of cocoa a day, which translates into a polyphenol intake of around 1800 mg per day, almost 10 times more than North Americans. These people are also distinguished for their very low blood pressure  (110/70 mmHg even at over 60 years old), despite a very high salt diet, and their low incidence of myocardial infarction and stroke. These characteristics are not of genetic origin, because the individuals who have left the island to live on the mainland see their blood pressure quickly increase. Among the lifestyle factors that may explain this difference, the most plausible is the drastic decrease in continental cocoa consumption, which is 10 times lower than among islanders. Therefore, it seems that cocoa polyphenols can have a real impact on cardiovascular health by lowering blood pressure and, at the same time, the risk of ischemic events such as heart attack or stroke that result from hypertension.

Several epidemiological studies have confirmed that high cocoa intake is indeed associated with a decrease in blood pressure and a reduction in the risk of cardiovascular disease and premature mortality. For example, a 15-year Dutch study of 500 people over the age of 65 found that those who consumed the most cocoa-based products had an average systolic pressure of 3.7 mm Hg and a marked reduction (50%) in the risk of cardiovascular mortality. These results have been confirmed by several randomized clinical trials where the consumption of dark chocolate, cocoa or cocoa-derived polyphenols is associated with a decrease in blood pressure and an improvement in endothelial function and insulin sensitivity. These vascular effects are largely due to an increase in the formation of nitric oxide (NO), a powerful vasodilator, by some cocoa flavonoids. A beneficial effect of cocoa consumption on the lipid profile (triglycerides, LDL and HDL cholesterol) and on the reduction of chronic inflammation has also been reported and could contribute to the benefits of dark chocolate for cardiovascular health.

These beneficial effects are also suggested by the results of a meta-analysis of 14 prospective studies conducted with a total of 508,705 participants, followed for a period of 5 to 16 years. The authors observed that people who consumed the most cocoa had a lower risk of coronary heart disease (10% decrease), stroke (16% decrease), and diabetes (18% decrease).

The most recent meta-analysis, which included 23 prospective studies with 405,304 participants, indicates that chocolate consumption is associated with a reduced risk of cardiovascular disease (CVD), if consumption is limited to less than 100 g/week. Those who consumed more chocolate had a 12% lower risk of CVD in general (stroke: -16.3%, myocardial infarction: -16.2%) than those who consumed little. However, the dose-response analysis (Figure 1) shows that at more than 100 g/week there is no longer any protective effect and that the risk of CVD increases at higher doses, which could be attributable to the harmful effect of consuming too much sugar. According to the authors of this meta-analysis, the best dose of chocolate to reduce the risk of CVD is 45 g/week (about half of a 100 g chocolate bar, a common size sold in grocery stores). 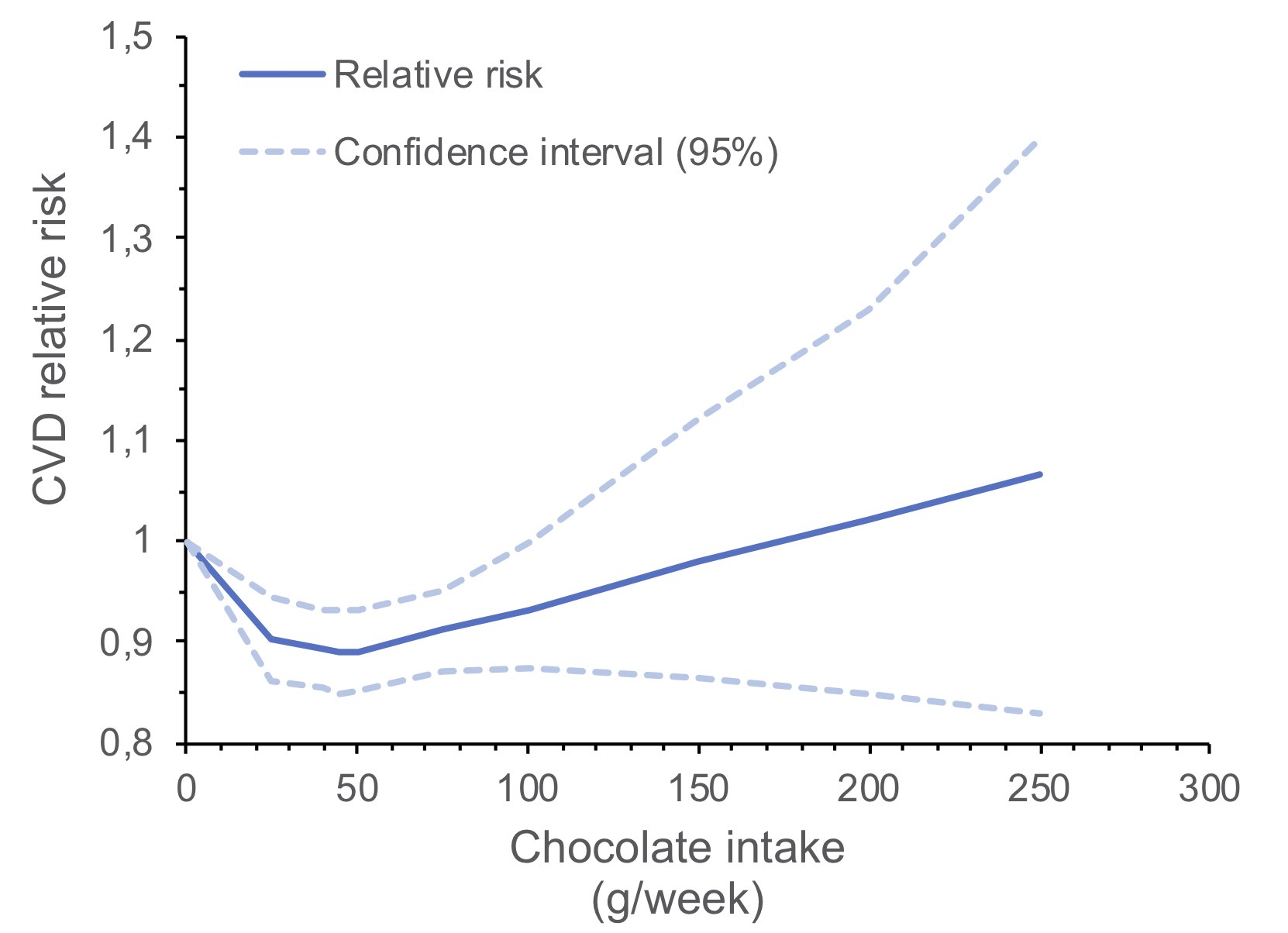 Figure 1. Dose-effect association between the consumption of chocolate and the risks of cardiovascular events. From Ren et al., Heart, 2019.

It is now clearly established that several risk factors for cardiovascular disease (hypertension, inflammation, insulin resistance, metabolic syndrome) also increase the risk of cognitive decline and dementia. Conversely, recognized factors to protect cardiovascular health, such as physical exercise or the Mediterranean diet, are associated with a significant decrease in the risk of cognitive disorders. In other words, what is good for the heart is also good for the brain, which raises the interesting possibility that the regular consumption of cocoa-based products can also result in benefits for cognitive function. Studies conducted to date support this, as a high intake of flavonoid-rich foods such as tea, red wine and chocolate is associated with reduced risk of cognitive decline and improved brain performance. In a study of people aged 65 to 82 who showed clinical signs of early cognitive decline, daily consumption of a beverage made with chocolate high in polyphenols was associated with significant improvement of cognitive functions.

More recently, a randomized clinical study showed that dark chocolate consumption was associated with a significant improvement in visual acuity and contrast sensitivity a few hours after intake, a positive impact possibly related to an improvement in blood circulation in the richly vascularized retina. Milk chocolate, which contains less polyphenols, has no effect, suggesting that flavonoids in cocoa are responsible for this improvement in vision.