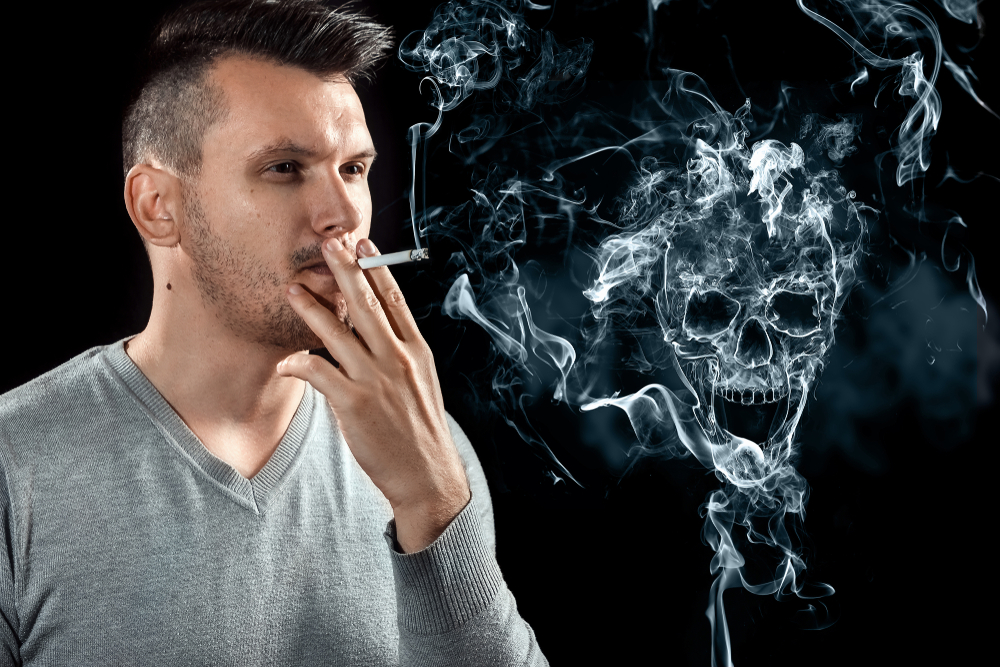 There is nothing worse than smoking for heart and blood vessel health (and health in general), and quitting smoking is by far the best decision a person can make to lower their risk of developing cardiovascular disease. However, quitting smoking is very difficult for many smokers, and, for several years, I have recommended that my patients who are unable to quit by conventional means (patches, gum, etc.) use electronic cigarettes.

In an e-cigarette, a solution of nicotine is heated to around 80°C using an atomizer, which generates an aerosol that allows vapers to inhale a small amount of nicotine (like smokers) to satisfy their addiction, but which does not contain the multiple toxic molecules that are generated during the combustion of tobacco (at around 900°C). This last point is the most important: contrary to what many think (including the majority of doctors), it is the combustion products of tobacco cigarettes that cause health problems, not nicotine. The latter is a drug that creates tobacco addiction and encourages people to smoke, but it has no major health effects and is especially not responsible for cardiovascular disease or lung cancer that result from smoking. The advantage of the electronic cigarette is therefore that it allows smokers who are highly dependent on nicotine to considerably reduce their exposure to the many toxic substances of cigarette smoke. This is a classic example of what is called harm reduction.

In addition, not only is the e-cigarette less toxic than tobacco, but a randomized clinical study recently published in the prestigious New England Journal of Medicine shows that it can be very useful for smoking cessation, with twice the effectiveness of traditional approaches based on nicotine substitutes. These devices therefore represent a very interesting technological innovation that adds a new dimension to the fight against tobacco.

Large-scale misinformation
That being said, one of the most disconcerting aspects of the media coverage surrounding anything related to e-cigarettes is the negative, often even alarmist, tone that is used to report the latest research developments on these devices. Any study that claims to show a negative impact of e-cigarettes on health makes headlines, even those that are low-quality and published in second-rate journals, while studies that instead report a positive effect are simply ignored, even when they are very scientifically sound and published in prestigious medical journals. This imbalance means that the population is informed only of the potential risks associated with e-cigarettes, without knowing that there is also a whole body of literature showing that these devices have positive effects on the health of smokers.

Perhaps one of the best examples of this media bias is the coverage of a study claiming to show an increased risk of heart attack in vapers, a study that was widely circulated in the media around the world when it was published. However, a critical examination of the results revealed that the majority of the 38 patients in the study had suffered a heart attack on average 10 years BEFORE they started vaping and therefore that these heart attacks could not have been due to e-cigarettes. Since vapers are almost always ex-smokers, the increase in heart attacks observed in vapers is simply due to the fact that these people gave up smoking after being sick and now use e-cigarettes to avoid a recurrence. This is a blatant case of scientific misconduct that resulted in the retraction of the article, but the withdrawal of this fraudulent study was not reported by most media. It should be noted that the main author of this retracted article, Stanton Glantz, is one of the most committed researchers against the use of e-cigarettes.

This is all the more unfortunate because a randomized clinical study, which was very well done, showed that it is exactly the opposite phenomenon that occurs, i.e. that the transition of smokers to e-cigarettes is positive because it is accompanied by a rapid improvement (in only one month) in the health of the blood vessels. However, this important study has not been reported by the media, and the public therefore does not know that, far from being harmful to the heart, e-cigarettes are instead associated with concrete health benefits for smokers.

The immediate consequence of this misinformation is that fewer and fewer people see e-cigarettes as a less harmful alternative to tobacco, including smokers, and there is a risk that the number of smokers who make the leap to e-cigarettes will decrease. I see it already in my practice: patients who weaned themselves off tobacco through vaping have resumed smoking, while others are reluctant to try e-cigarettes to quit smoking. In both cases, the reason given is the same: if vaping is as bad as smoking, why make the switch? This shows that disinformation campaigns can have real consequences for people’s lives and even literally make the difference between life and death for some of them.

Toxics reduction
Yet no one can seriously argue that e-cigarettes are as bad for your health as cigarettes. Cigarette smoke contains more than 7,000 chemical compounds, of which at least 250 are well-characterized toxic substances and 70 are established carcinogens. Repeated exposure to these toxic emissions is directly responsible for 8 million deaths each year worldwide, making smoking the leading cause of preventable deaths, especially those caused by cancer (30% of all cancers are caused by tobacco) and cardiovascular and respiratory diseases.

Analyses by Public Health England, the American National Academies of Sciences, Engineering, and Medicine and the British Committee on Toxicity of Chemicals in Food, Consumer Products, and the Environment all show that aerosols from e-cigarettes contain a much smaller number and amount of toxic substances than cigarette smoke and are therefore less harmful to health than smoked tobacco. It is for this reason that organizations such as Public Health England and France’s Académie nationale de médecine strongly recommend that smokers do not hesitate and make the transition to vaping.

This does not mean that e-cigarettes are completely safe, but they are undeniably much less harmful than the product they replace (which is the principle of harm reduction). By focusing only on identifying the potential harmful effects of vaping, we come to forget that the basic principle of vaping is to reduce the harms of smoking in smokers who are repeatedly exposed to toxic substances from tobacco.

A recent study by the Institut Pasteur provides a clear view of this potential for harm reduction. In this study, scientists compared the presence of two major classes of toxics (carbonyl compounds and aromatic hydrocarbons) in aerosols from smoked cigarettes, heated tobacco products (IQOS) and e-cigarettes. The results are really impressive: for the 19 carbonyls and 23 aromatic hydrocarbons tested, the e-cigarette chosen for the study (high-capacity tank device, used at maximum power) reduces these toxic compounds by 99.8 and 98.9% compared to tobacco cigarettes (Figure 1). IQOS (heated tobacco product) is also less toxic than cigarettes, with reductions of 85% and 96% in the concentration of these toxic compounds, but these reductions nevertheless remain lower than those observed with e-cigarettes, in line with previous studies. 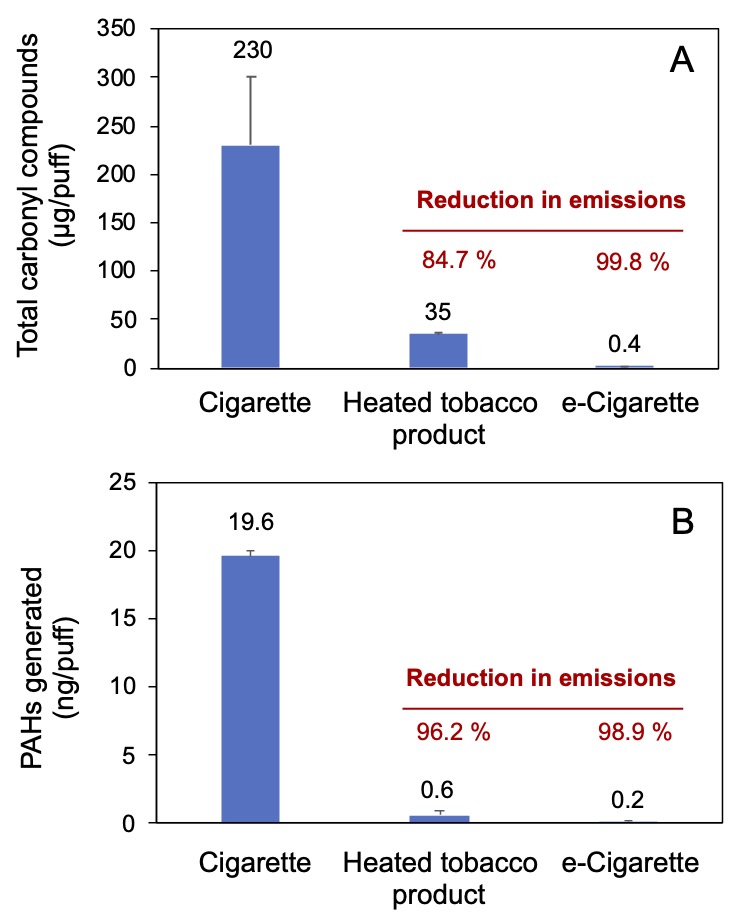 Figure 1. Content of carbonyl compounds (A) and polycyclic aromatic hydrocarbons (PAHs) (B) in aerosols produced by a cigarette, a heated tobacco product and an e-cigarette. Note the drastic reduction of these two classes of toxics in e-cigarette vapour compared to tobacco smoke. From Dusautoir et al. (2020).

The researchers then compared the toxicity of different types of cigarettes by measuring the viability of bronchial epithelial cells following repeated exposure to aerosol puffs generated by cigarettes, heated tobacco products and e-cigarettes. As shown in Figure 2, exposing the cells to only 2 puffs from a cigarette is enough to kill half of the cells, and no residual cells are detectable after coming into contact with 10 puffs of smoke. Heated tobacco products significantly reduce this toxicity (40 puffs are necessary to kill half of the cells and a hundred to eliminate them completely), but it is here again that e-cigarettes are by far the least toxic, with all cells remaining alive even after exposure to 120 puffs of aerosols. 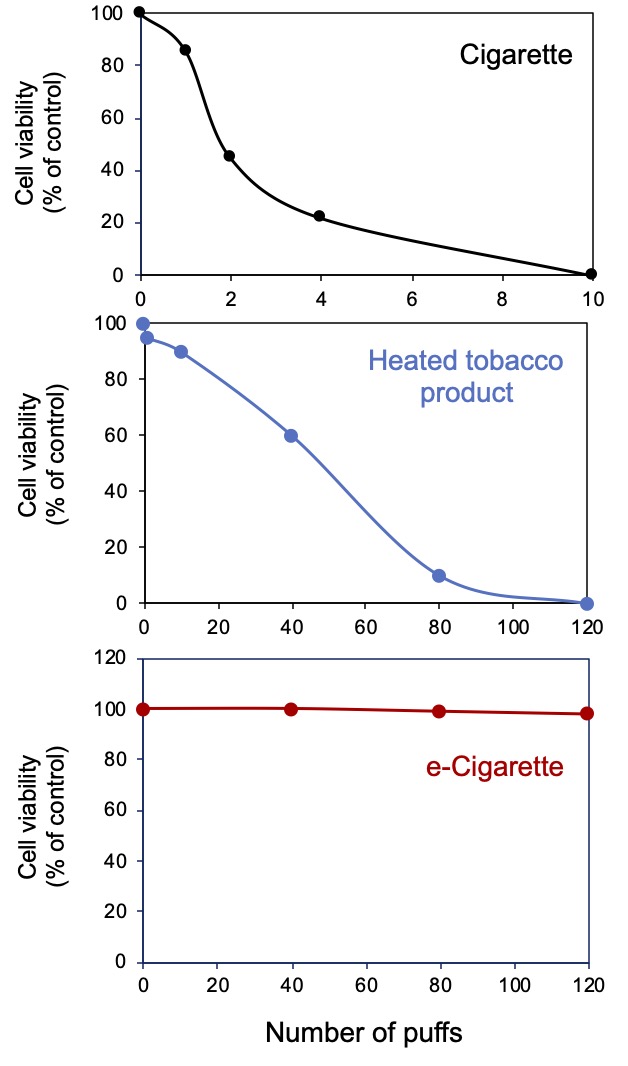 Figure 2. Viability of bronchial epithelial cells after repeated exposure to aerosols from a regular cigarette, a heated tobacco product or an e-cigarette. Note the high toxicity of cigarettes, which cause 50% mortality after cells are exposed to just 2 puffs of smoke, while cells remain viable even after being in contact with 120 puffs of aerosols from an e-cigarette. From Dusautoir et al. (2020).

Another study shows that this very significant reduction in toxicity is also observed for Juul, the e-cigarette which has recently captured the majority of the e-cigarette market (see our article on this subject). Compared to traditional cigarettes, the vapour generated by Juul contains almost 100% less carbon monoxide and carbonyl compounds like acetaldehyde, formaldehyde, and acrolein (a major irritant in cigarette smoke) (Table 1). Similar results were also reported in another study. These data are important because Juul is particularly popular among young vapers. Contrary to what we often hear, the vast majority of young people (> 99%) who regularly vape are occasional or regular smokers and these people can therefore substantially reduce their exposure to tobacco toxins by vaping. In addition, recent data indicates that nicotine absorbed through e-cigarettes is less addictive than when it comes from burning tobacco, which decreases the risk of developing longer-term dependence. 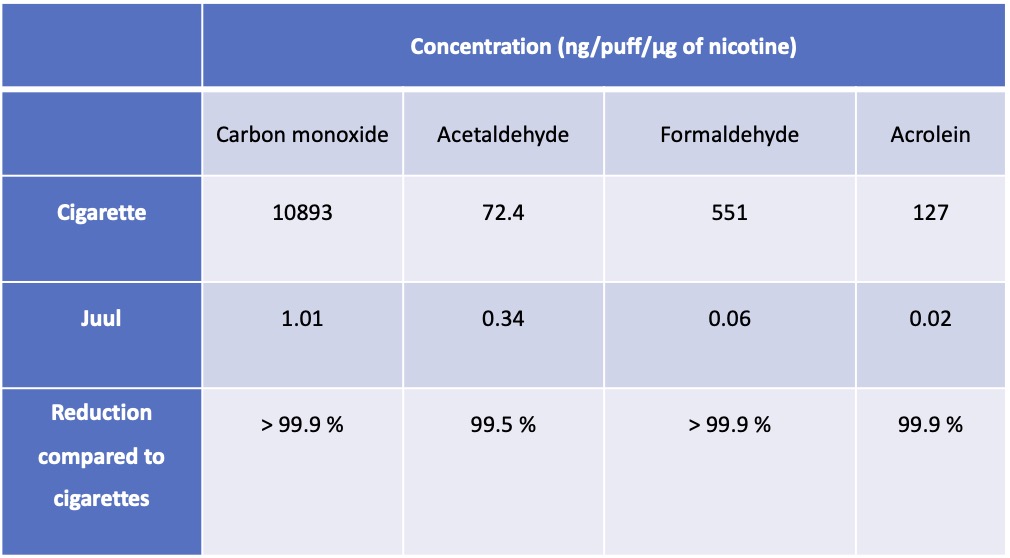 Table 1. Concentration of certain toxic compounds present in cigarette smoke or in the vapour generated by the Juul e-cigarette. From Son et al. (2020).

It is worth remembering that the ultimate goal of tobacco control is to reduce the incidence of smoking-related diseases, especially cardiovascular disease and lung cancer. To achieve this, total abstinence is desirable, but the large number of people who are unable to quit smoking on their own or by using current cessation tools and therefore remain at risk of dying prematurely must be taken into account. In my clinical experience over the past ten years, the electronic cigarette is the most popular nicotine replacement for smokers and for many of them represents the only approach that allows them to successfully quit smoking. Instead of constantly seeking to discredit these devices, as is currently the case, they should instead be seen as a technological innovation that can greatly contribute to the fight against diseases caused by smoking, and we need to clearly inform smokers of the benefits associated with the transition to vaping.